BLAZE MESSAGE: 14 lessons fire comms can teach everyone – The Dan Slee Blog » LOCAL SOCIAL: Is it time for a Local localgovcamp?

A thousand flowers are blooming in this new era of digital communications.

Amazing things are happening, new rulebooks are being written and old ones tossed away.

But if you are too busy growing roses you won’t spot the great things happening.

Or in other words, look outside your own corner of the world and you’ll find great things.

It’s one of the things that has fascinated me over the past eight years. I’ve taken inspiration from engineers, bloggers, coders and countryside rangers along the way as well as comms people.

And so it is with fire and rescue services not just across the UK but across the world. I’ve done some work in the sector and got to know some people and I’ve always left with knew ideas on how to do things.

Often, people in the sector don’t realise just how great their work is. Less in number than local and central government comms people from the sector communicate to save lives and to prevent them. I’d love them to be bolder. They don’t just get you to test your smoke alarm. They save lives.

One myth exploded, though. In the UK the comms is not geared up primarily for documenting heroic rescue. Prevention is better than cure. Statistics say there were 258 fatalities in the 12-months to March 2015 and 3,225 were taken to hospital. There were almost 155,000 fires. This is the second lowest in UK history.

Fire comms people need to move from the pedestrian pace of advice to business to communicating death and sometimes the death of their own colleagues. That takes guts. Not everyone can do this.

There is a community of fire communicators

The FirePRO organisation is the umbrella group for the sector and a bright bunch they are too. But Twitter also connects them not just across the UK but far further. The fact I asked a question about best practice on a Friday night and got a pile of responses is perfect evidence. Neil Spencer from West Midlands fire describes this as a ‘can do, will do, let’s give it a try attitude.’

Here are 14 things you can learn from fire comms

Using planning to get your shizzle ready

Nobody wants an emergency. But they tend to happen and when they do public sector comms people have to react. I’ve lost count of the number of blank faces in local government when I ask what they’d do if a plane crashed, a bomb went off or a tower block started to fall down. Not so fire and rescue.

As award-winning Bridget Aherne wrote in a blog post for comms2point0:

“The way to sum this up quickly – and sorry to anyone who knows me because you’ll have heard me utter this phrase, annoyingly, hundreds of times before – you have to be proactive about your reactive communications.”

Lesson: If an incident is breaking live video from the scene to give situation reports has real value and can plug into online networks as well as media organisations.

I’ve spent a lot of time in the last 18-months co-delivering workshops on making effective video for comms. It teaches people to plan, edit, shoot and post video. However, in an emergency the value is not the well-shot video. The value is have video footage from that particular spot at that particular time. Why? So you can communicate with people in realtime. In the UK, there is a duty on comms people in local government, fire, police and other agencies to warn and inform.
As this US example shows, a firefighter giving a commentary or even a brief situation report – has value. Don’t forget anyone with a smartphone and the Periscope app has the ability to fill that information vacuum. Questions can also be posed by people following the stream and answered by fire crew.

In an era where video is highly sought by media organisations online to be in the frontline is priceless.

Lesson: A simple sharable hashtag can help spread a campaign.

One of the greatest uses of a hashtag by anyone in the public sector is the excellent #testittuesday tag. Started by Norfolk Fire and rescue it is that brilliant thing of basic advice shared as a hashtag. It encourages people every Tuesday to test their smoke alarm. As basic good advice it can be hard to measure the effectiveness or the fires that didn’t happen because of a test.

You don’t need 2 be Batman or Superman 2 test your smoke alarms be an everyday hero! #TestitTuesday #BatmanvSuperman pic.twitter.com/BmcYecmeoN

Lesson: Instagram can be used for soft power. Images of the work people to do interspersed with more serious messages.

Services across the world are starting to make headway with Instagram. Really, there’s no surprise. It’s not like there’s nothing to photograph. If there isn’t a fire there’s the equipment or the staff in the equipment. Kent Fire and Rescue Service excell in this area. A stream that is engaging, fun and personable people could do worse than looking at this.

Keep smiling after after a good night out. Being drunk and cooking don’t mix. #smilesafe #fire #firefighter

Lesson: Maps can communicate with the media and residents and reduce avoidable contact.

Back when I was a journalist we made a round of calls to fire stations on our patch at 7.30am, 1pm and 10pm. There were six in our patch and a further 14 in surrounding areas which we sort of covered. That’s 60 calls a call.

Essex County Fire and Rescue Service have a mapping page embedded in their website which gives news of incidents with some basic details. They also post images and videos which can be used with a credit. This must cut the amount of time on routine calls. Hats off to Sarah Roberts for this. 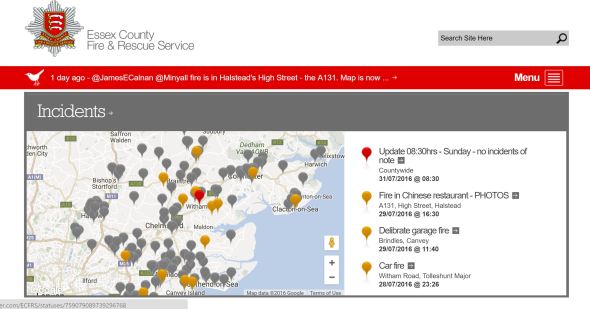 Using the social web as a firefighter and human being

Lesson: People respond to people so let your people.

One thing I’ve long argued for is for public sector people to use social media as themselves. There’s far greater cut-through. People connect better to real people than a logo. So, it’s always inspiring to see real people doing just that. Thanks to @rubonist on Twitter for flagging this.

@danslee @Rubonist I’m a big fan of keeping my community informed. This includes #media when something significant is occurring.

Using the social web as a senior officer

Lesson: Using the social web allows senior people to be visible and to listen better. It also allows partners and the organisation to better understand their thinking and priorities.

There has been a trend in recent years of senior public sector people using Twitter to engage, listen, share ideas and give some visibility to yourself.

Lesson: Embedding video to drop into people’s timelines can be a good way to communicate.

Sometimes things don’t always go to plan as this incident which saw five people die in Nechells, Birmingham. Video content posted to Twitter shared the press conference to the community. This could have been uploaded to Facebook too.

Lesson: Being creative about your communications and the channels you use can pay off.

As London Fire Brigade showed in their epic news jacking of the racy film 50 Shades of Grey imagination on comms works. A campaign followed in the wake of the film to talk about the number of times people had called for help with locked handcuffs, penis rings and other rather embarrassment-creating problems. The #50shadesofred campaign is a benchmark in public sector comms. Data driven it used a range of channels.

Using data to allow people to build their own picture

Lesson: Data can be turned into something searchable to give people street-level insight.

Everyone’s experience is different. This is why it is refreshing to see West Midlands Fire Service use their incident data to allow you to search by postcode to see what incidents happened in your neighbourhood. 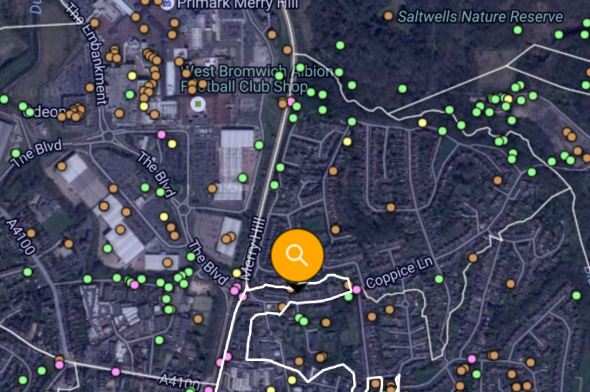 Lesson: A Flickr library can make thousands of images available for re-use.

Social photo storage site Flickr may not have the sexiness as Snapchat but as a place to be your public image library it remains peerless. There are several organisations in the UK using it well. However, the US use is the benchmark. Los Angeles Fire Department post images to the stream. They have almost 20,000 images. With an open licence anyone can use them. As the argument goes, public money paid for then so why shouldn’t with the permission of the photographer people and organisations re-use them? 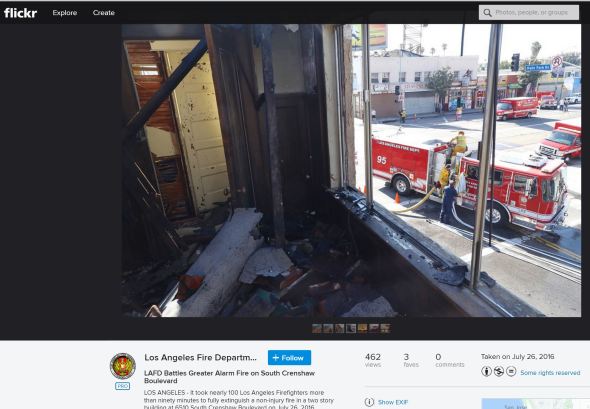 Lesson: Facebook pages are a start but not the last word on how people can be reached on the platform.

Pages can be a useful way to have some Facebook real estate although they deal with broadcasting to small corners of the web that can be shared on. Manchester Fire and Rescue and Scottish Fire and Rescue are examples.

Lesson: Facebook pages for smaller communities can be effective ways of reaching them. The Polish community, maybe. Or in Biker Down‘s case motorbike riders.

Facebook has the numbers so it is worth using. Seeing as it has the numbers yo can also carve out niches where people will congregate. There were more than 5,000 serious incidents with motorbikes in 2014. I’ve long believed that the single corporate page is almost always not the answer for large organisations. There are communities within them, so plug into them. If you are a biker the Biker Down page would work. 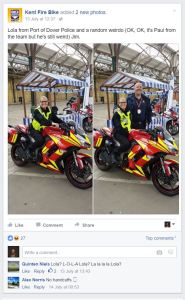 Lesson: Quizes reach people. Often people who are hard to engage with.

Facebook quizzes can engage with audiences that may well be resistant to leaflets and other comms. London Fire Brigade uses them well and creates them to accompany campaigns. They’ve done them to see if people fancy being firefighters, for example. With this one, they are celebrating their 150th anniversary with helmets. 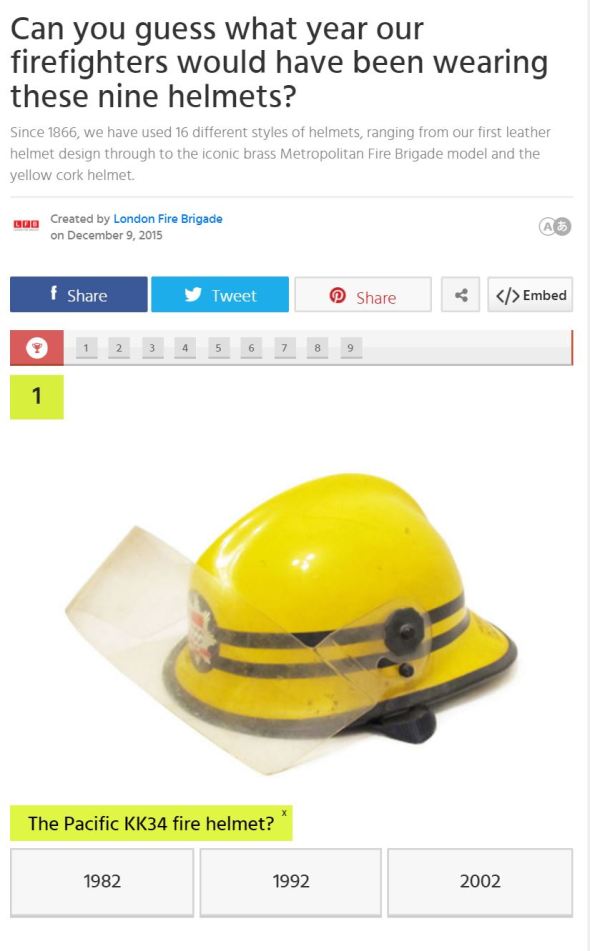 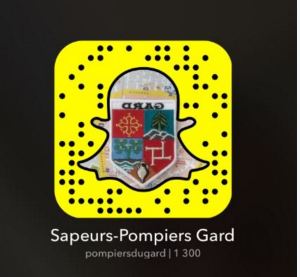 Lesson: Yes, you can use Snapchat.

One of the good things about the web is coming across organisations doing good things in other countries. Take Sapeurs Pompiers Volontaires du Gard. They are a French fire brigade in Nimes in the south of the country who have an imaginative use of images on Twitter and Snapchat too.