If you’ve been watching the progress of our Freedom of Information toolkit for journalists, campaigners and activists, you might be interested to know that we are now accepting applications for pre-launch access.

Successful applicants will have an early opportunity to put the service through its paces. WhatDoTheyKnowPro will launch as a paid-for service, but as a beta tester you’ll have up to a year’s access for free, because we’re keen to see how you’ll use it — and to hear your feedback on which features are useful.

WhatDoTheyKnowPro is our first launch of Alaveteli Professional, accessed via the WhatDoTheyKnow website and specifically for UK users who utilise FOI in their work or campaigning.

It’s the first instance of the service we plan to make available to other Freedom of Information sites running around the world on our Alaveteli platform.

Since we last caught up with Alaveteli Professional, we’ve made really concrete progress with several of the features that, at the time of that blog post, were just entries on our long to-do list. 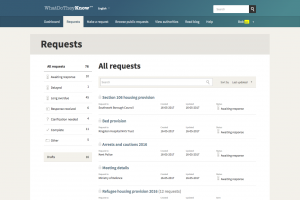 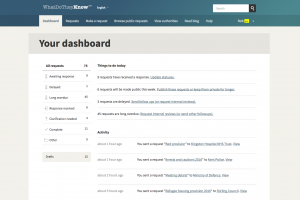 And very soon, we’ll also be carefully rolling out the batch request features, which will allow you to: 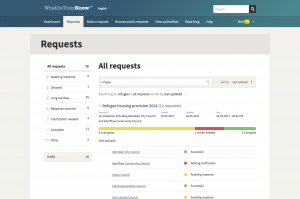 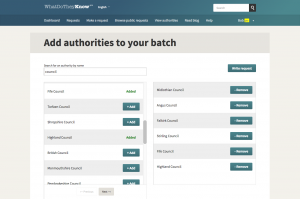 We’re excited about the batch feature in particular, and we know that many of our prospective users are, too. At the same time, we’ve heard some concerns that it might encourage a scattergun approach that wastes authorities’ time.

Our planned development will ensure that people use this feature responsibly, and, consequently, get the best returns from it. This will include a prompt to send a smaller batch initially, so that the remainder of the requests can be refined based on the quality of information that is returned — there’s nothing worse that asking every council in the country for information and then realising that you’ve worded your question in a way that means you can’t use the resulting data!

At the moment, batch requests can’t be made on WhatDoTheyKnow without help from the site administrators. We’re aware that many journalists and activists already make many batch requests outside WhatDoTheyKnow for this very reason. We’d like more of these requests to be released in public (we estimate that around 15% of UK FOI requests are made via our site): so by including this capability in WhatDoTheyKnowPro, we hope we’ll not only be steering people to use those powers sensibly, but that much more information will also end up in the public domain — maximising its usefulness.

If that all sounds exciting, then apply here. We’d love to hear how you plan to use WhatDoTheyKnowPro.