FAKE NEWS: It’s time to get serious with fake admins for your Facebook page – The Dan Slee Blog » LOCAL SOCIAL: Is it time for a Local localgovcamp? 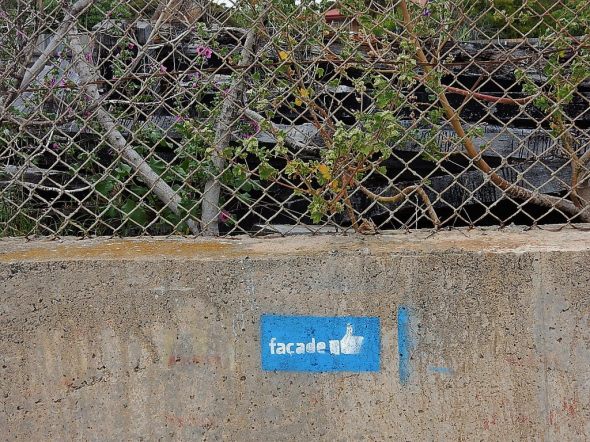 It seems as though the noose is tightening around Facebook pages that are run by a overlooked-until-now dodgy practice.

I’ve blogged this before but let me explain. To run a Facebook page you need a profile and you can’t have more than one. Its against the platform’s terms and conditions.

Many people in the past created a separate work profile. They did this because they wanted to keep work and play separate. Often this second account just had the word ‘work’ added to it.

How this dodgy practice works

So John Smith had his ‘John Smith’ account. He also created ‘John Smith Work’ as a way of logging onto the corporate page. Cunning, yes?

Well, not that cunning at all. Not least because it is obvious even to Inspector Clouseau that this is a second account. And before you dash-off to create thinking a John Brown account is an even safer bet don’t. But Brown, you think. That’s not my name. They’ll never guess. Actually, Facebook are really good at spotting  through an algorithm accounts with few friends that just happen to be a page admin.

You may have noticed but Facebook and others have been getting it in the neck for their role in ‘fake news’. Governments don’t like them. Nor do users. Accounts that are clearly fake are the first steps to tackle this. The platform have agreed to act. Fake users are first in the queue.

But you’re blue in the face

Of course, the wise people know that they need to change. They’ve even argued for the need to.  Many have persuaded people that this is the best course of action.

But even then some people don’t want to change.

The common arguments are:

I don’t want people from work being my friends.

In the olden days, they may have had a point. But no-one can see who is the admin of a page. You don’t have to accept friend requests.

An approach: It’s time to get serious

Firstly, tell are admins you want your page not to break Facebook’s terms and conditions. Tell them their access may be removed without warning. This is an issue if you all have fake John Smith Work accounts. Tell people you are moving everyone to Facebook Pages Manager app. This helps you manage pages effectively. You’ll need a profile. It just makes the day-to-day tasks easier.

If people still say no, you may have to trim down the number of admins who are effectively posing a risk to your page. If some people don’t want to, they may just have to have ‘managing Facebook pages’ off their CV.

Go and tell the person in your organisation who is responsible for information governance of the broader issue. See what they think. They’ll agree with you.

Go and tell the emergency planning team what they think. They’ll agree with you, too.

Take these opinions, this blog and your opinion to your manager, manager’s manager and chief executive if you have to. Set out to them in writing the reasons why ‘fake’ profiles are a danger to your organisation. If you have to, list the people who have fake profiles in your organisation. List the people who don’t. Explain that you need everyone to either have a real profile or be taken off admin to the Facebook page.

You have flagged-up the risk.

You have shared the risk.

When Facebook catch you – note, not ‘if’ but ‘when’ – you have an audit trail without which you’ll be pretty exposed. Who knows. The process may even get some movement.

It sounds drastic, but it’s not as drastic as access to your corporate Facebook page being lost overnight.