GRANICUS EIGHT: Eight years of learning and a man called Dave – The Dan Slee Blog » LOCAL SOCIAL: Is it time for a Local localgovcamp? 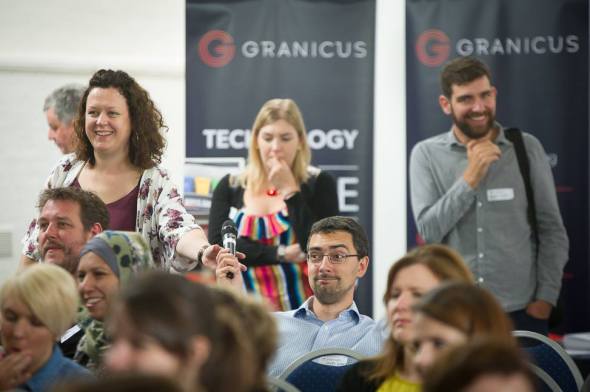 Eight years ago I walked into a room in Birmingham for the last few minutes of an event about digital communications hosted by a relatively new company.

There was about 30 people in the room and a bloke who was at the front came over and introduced himself.

“Hello, I’m Dave,” he said shaking my hand. I’d met Dave Worsell for the first time. The event was the first govdelivery annual conference. Fast forward and the company has grown, changed and been re-named as Granicus. Dave remains the same.

On September 26 along with my colleague Darren I’ll compare Granicus’ Public Sector Communications Conference in London.

The event has grown but Dave has stayed the same. So has the ethos of what he and his team does. They believe in really good communications but with a generosity of sharing good learning that chimes with mine. Here’s a thing. Without Dave I probably wouldn’t be doing what I do now and comms2point0 would look very different. It began as a site in 2011 with myself and Darren. In late 2013, I was weighing up whether or not to leave the security of a salary make it my full-time job. A conversation with Dave was instrumental in helping me make the leap and in April 2014, I worked on comms2point0 fill-time. Darren followed 12-months later.

So, when I say it gives me great pleasure to compare the event this month, I mean it.

When I say you’ll learn something if you go along to the event, I mean that too.

There will be 13 speakers and a whitepaper that myself and Darren have written. The focus will be on income generation and better communications.  I go every year because I always learn things and if you go I know you will too.

The Granicus UK Public Sector Communications Conference will be held in London on September 26. For more information click here.