RED LETTER: Why Poppy Day is a good day to learn how to bust a myth – The Dan Slee Blog » LOCAL SOCIAL: Is it time for a Local localgovcamp?

RED LETTER: Why Poppy Day is a good day to learn how to bust a myth

There’s a great line about lies being half way round the world before the truth has got its pants on.

It’s actually something that cuts to the very heart of public sector communications.

We should be constantly challenging myths and half-truths when they happen before they take root as the Winterval myth has done.

A few things caught my eye this week on how to challenge effectively.

Every year the football Press runs the predictable click-bait of Derry-born James McLean refusing to wear a Poppy on his team’s shirt for Remembrance Day.

On the one hand, those who think he’s a disgrace and in the other those who understand his reasons.

I’ve found a piece of myth-busting from the Royal British Legion themselves really useful. Text that shoots down regular myths that surround the appeal. It’s not only useful because it’s accurate but because its also clear and shareable. 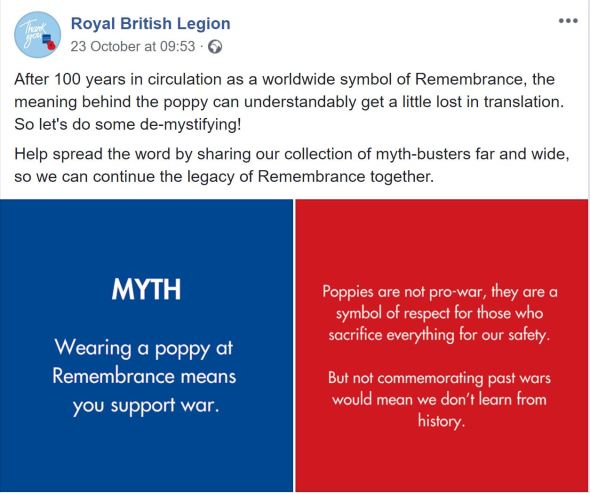 What then makes this particularly impressive is that they don’t just leave it at that. They then go and talk with people who post on the Facebook post.

But also the quite challenging. 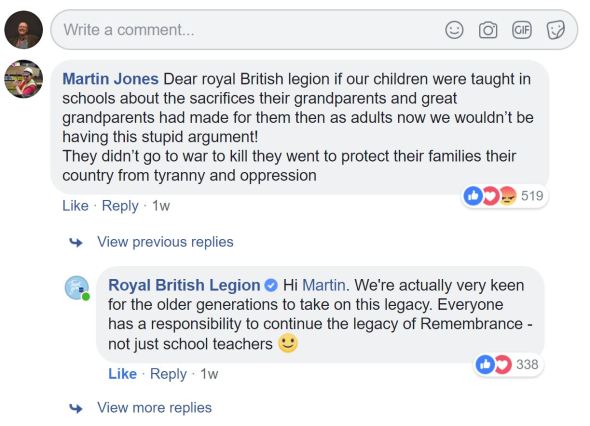 A challenging post by the excellent Stuart Bruce challenges some of the conventional rebuttal approach.

Ignore it and hope it’ll go away? Nope.

The things that Stuart suggests people do to rebut lies the Royal British Legion does.

They get in first.

They let others speak for them through the shareable content.

But what was most challenging was the idea that you really shouldn’t repeat the lie in the rebuttal. Stuart points to academic evidence that the point by point denial doesn’t cut through.

You can read the full piece here.

That’s fine if you have time on your side but what to do once the lie has been cast?

Back in 2011, The Guardian ran an excellent piece of academic research Reading the Riots that traced how a handful of rumours played out on Twitter and how they dissipated.

They discovered that online, there was a need for the police to go back to rebut rumours in a four-hour cycle as people switched on their phones to discover the original unchallenged piece of fake news.

They also found the need for citizens with online reputations to be out challenging myth and rumour.

In Birmingham, one rumour centred on disorder which alleged the Birmingham Princess Diana Children’s Hospital was on fire. This was shot down by a prominent blogger Andy Mabbett pointing out that Steelhouse Lane police station was right opposite. So, that probably wasn’t true, right?

It’s that line about citizens sharing things that stays with me.

You can only really hope people will rally round and share your rebuttal if you are engaging online and are an organisation with a degree of trust in the bank already.

Being human online can help with that.