MODERATING SUCCESS part II: How and when to moderate contentious comments on your Facebook page – The Dan Slee Blog » LOCAL SOCIAL: Is it time for a Local localgovcamp? 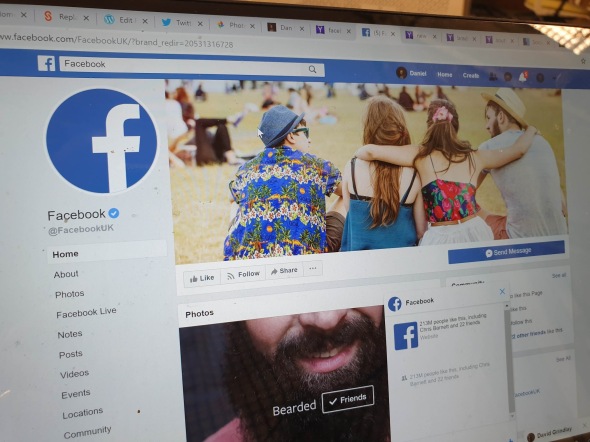 I’ve blogged this week about the need to look out for Facebook comments on your page.

The example given was from a media site getting bombarded with racist comments covering a hammer attack on mosques across their city. You can read it here.

But there is little black and white and a lot of shades of grey.

Here’s an example where the questions posed are far trickier.

Step 1: The appeal for a suspect

Hampshire Police posted an appeal for information about a suspect with a slightly unusual name that would remind you of baking and bakeries. I’ve left out the name as it has been taken down from the police Facebook page.

Firstly, came the witty comments around the name.

“The family are kipling him hidden.”

“I crust the police are doing a good job…”

“Bakery puns have cheered up a crumby day.”

But, hey, that’s okay because it means the content is reaching more people, right?

But then this happens…

Step 3: The suspect’s Mum turns up

Mum turns up. Her requests not to make fun are met with… more jokes at the expense of the family name.  More than 60 of them on her one comment alone.

She goes onto say that there has been a death in the family but is met with derision.

It’s about this point that the post starts to raise questions.

It now appears that there has been a death in the family.

When Michael’s Mum points this out she is met with the line:

Now, I don’t know about you but this feels as though its moved past ‘bantz’ and into a duty of care not just to the suspect, who is exactly that, a suspect, and onto the Mother of the suspect who is being exposed to hatred, ridicule and contempt facilitated by a police Facebook page.

Things are starting to get uncomfortable.

The need to act as a Facebook page admin

Legally, the admin of a Facebook page are not responsible for what someone posts until they are alerted to it and the expectation is that they take appropriate action.

But the question needs to be asked once this happens what the best course of action is.

This is really difficult. This exact case is unlikely to be repeated but the comments

One way of seeing if you should act is to check Facebook’s own community standards. This is a yardstick of how Facebook expect its users to behave. They’ve been tightened-up in recent years. They’re clear on things like hate speech and nudity. But they’re less clear on sarcasm.

On the face of it, there are steps under Facebook’s community standards.

But under the narrow standards of Facebook’s community standards the Cakebread comments don’t appear to have breached anything.

Across all of those three examples, there are grounds to take down comments that are harassing and you also have the ability to switch off comments.

As with media companies, the aim of using Facebook is to communicate and do the right thing. Not to chase numbers at any cost.

At the most basic level, you need to respond to issues raised by the people who like your page who may do so through Facebook itself. But beyond that, you need to keep an eye on your page, too.

Your responsibility is to keep your corner of Facebook decent.

Note: I’ve anonymised all names from the original post.