Got a list of postcodes and need to match them to administrative areas? – mySociety

It’s a more common problem than you might think: given a list of postcodes, how can you match them to the administrative and electoral areas, such as wards or constituencies, that they sit within?

MapIt’s data mapping tool gives a quick, easy and cheap solution: just upload your spreadsheet of postcodes, tell it which type of area you want them matched to, and the data is returned to you  — complete with a new column containing the information you need.

The tool can match your postcodes to every type of data that MapIt offers in its API, including council areas, Westminster constituencies, parish wards and even NHS Clinical Commissioning Groups (CCGs).

If that doesn’t sound like something you can imagine being useful, let’s look at a few hypothetical use cases (and if you have an actual case that you’d like to tell us about, please do let us know  — we’re always keen to hear how our tools are being used).

Membership organisations, charities and campaigns usually collect the addresses of supporters, but don’t commonly ask them who their MP is (even if they did ask, most people in the UK don’t actually know the name of their MP).

But when a campaign asks followers to contact their MPs, it’s helpful to be able to suggest an angle based on whether the MP is known to be sympathetic to their cause, or not — indeed, there’s arguably no point in contacting MPs who are already known to be firmly on board.

So: input a spreadsheet of supporters’ postcodes, and get them matched to the associated Westminster constituencies.

For more advanced usages, organisations might match the MapIt tool’s output of postcodes with other datasets to discover the answers to questions like:

Researchers often need to correlate people, institutions or locations with the boundaries they fall within.

They might have a list of postcodes for, say, underperforming schools, and want to find out whether they are clustered within authorities that have similar characteristics, like cuts to their funding or an administration that has a political majority one way or the other.

Teamed with other datasets, MapIt can help towards answering important questions like the number of people each CCG serves, how unemployment rates vary in different European regions, or average house prices within parliamentary constituencies.

Investigative or data journalists may obtain long spreadsheets full of postcodes in the course of their work, perhaps as a result of having submitted Freedom of Information requests to one or more authorities.

Perhaps they have the address of every university in the country, and there’s an election coming up — during the summer holidays. Knowing that students will mostly be in their home constituencies, they might be able to make informed predictions about how votes in the university towns will be affected.

Or let’s say that a journalist has gathered, from local councils, an address for every library scheduled to close. This could be compared with another dataset — perhaps literacy or crime rates — to draw conclusions over what impact the closures would have.

Part of a wider service 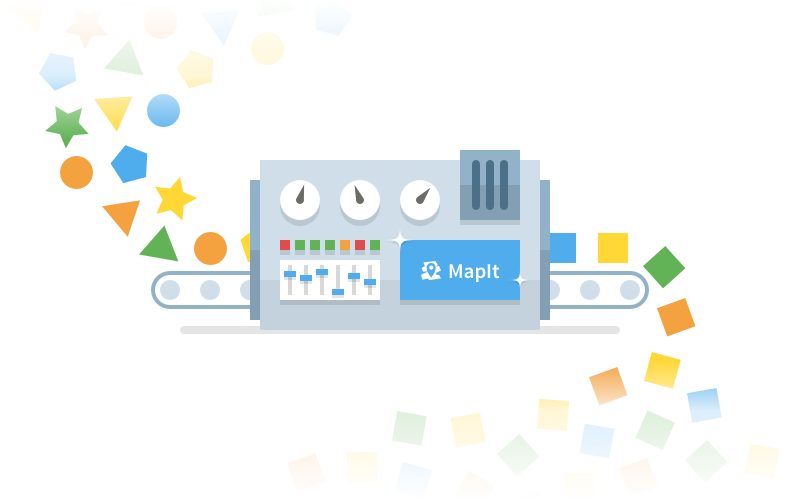 The one-off data mapping tool is just one service from mySociety’s MapIt, which is best known for its API.

This provides an ongoing service, typically for those running websites that ask users to input geographical points such as postcodes or lat/longs, and return tailored results depending on the boundaries those points fall within.

Give it a try

Find out more about MapIt here or have a go at uploading a spreadsheet into the data mapping tool.

If you’re not sure whether it’s the right tool for your needs, feel free to drop us a line — and, as we said before, if you are already using it to good effect, please do let us know.