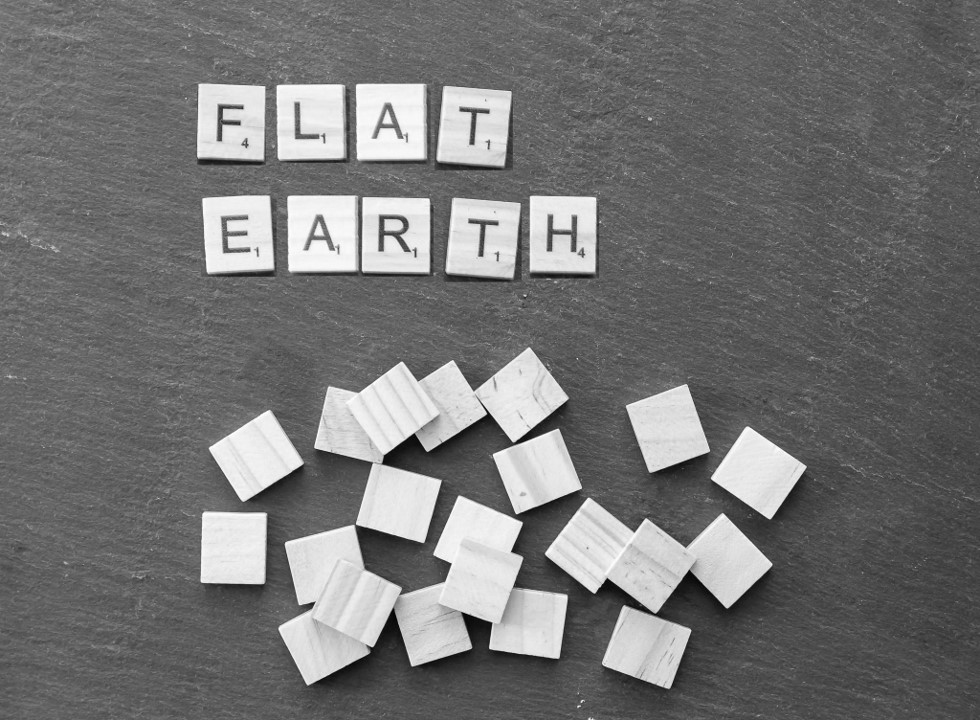 Recently, my daily commute got me thinking about what awareness raising campaigns have in common with claiming the earth is flat.

Confused? Allow me to explain.

Along the A9 in Scotland, there has for a few years been a phenomenon of planoterrestrial graffiti: spray painted messages on road signs and bridges proclaiming that our home planet is somewhat horizontal.

These messages have now started appearing on the neighbouring M90 – my regular route to work. And, being a comms professional and therefore unable to pass an advert, poster or sign without at least a brief evaluation, I couldn’t help but notice:

There’s no call to action

There’s no link to further information

There’s (perhaps understandably, given the illegality of the chosen medium) no way to find out more about the beliefs and intentions of the proclaimer

The graffiti simply states ‘FLAT EARTH’ or sometimes, for variety, ‘EARTH IS FLAT’. There’s nothing about what they want you to do with this information.

In other words, it’s an awareness raising campaign.

And, by some criteria, it’s a success. The message has been seen by hundreds of thousands of motorists passing up and down these arterial routes. It has received widespread media coverage. Awareness has indisputably been raised.

The question is, so what?

Just because people have seen it doesn’t mean they believe it. I’ve passed these messages hundreds of times and I’m happy to report I remain 100% convinced the earth is spherical.

Even if they believe it, the audience hasn’t done anything about it. I could be wrong here, but I certainly haven’t noticed a spate of petitions calling for recognition of the fact that the earth is in any way pancake-esque. And, according to Wikipedia, membership of the Flat Earth Society remains a paltry 500 people.

Even if the audience took action, the outcome would remain unchanged. Imagine for a moment that the campaign convinced enough people to spread the word, so that eventually every human on the planet was converted. We might all believe the earth was flat. But it would still be a globe.

So next time I’m asked to send out a press release, stick up a poster or upload an intranet bulletin ‘to raise awareness’, I’m going to ask the all-important question: so what? Is there an outcome to be changed here? Or are you just telling people that the earth is flat?

Ruth Fry is communications manager at Perth and Kinross Council. You can say hello to her on Twitter at @RuthieHooch