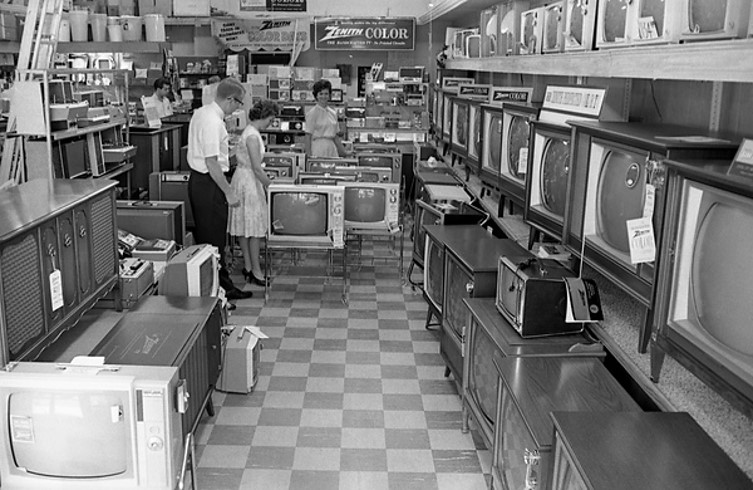 Why are people so eager to believe traditional media can win back ground from digital – and what lessons can it teach us about spending comms budgets wisely?

A few journalists and marketers have been getting misty-eyed over the past couple of weeks at the news that cinema advertising is forecast to grow at a faster rate than digital advertising over the next couple of years.

This is totally understandable. It’s like something from a Hollywood blockbuster: the battered old Big Screen that looked down and out is fighting back against that upstart titchy screen in your pocket!

But there’s a lot more going on here behind the headlines. And rather excitable articles – from The Guardian and Marketing Week in particular – are not helpful to comms people who have to make tough decisions about where their tight campaign budgets (should they still have any) should be spent to get the best results.

For a start the articles are lacking context about the relative pulling power of cinema advertising (and other more traditional advertising for that matter) when compared to digital. As a result, it reads like they’re ‘throwing shade’ (as I believe young people say) on all advertising on the internet and social media.

The figures on which these articles are based come from Zenith Media and you can read its first-hand overview here in the more accurately titled ‘Internet advertising will exceed half of global ad spend by 2021’. That’s something the other publications either failed to mention or buried way down the page: that getting on for 50% of all advertising spend is still on digital channels, dwarfing the overall market share of cinema advertising, which is a tiny 0.8% of total global ad spend.

So, although growth in digital advertising is predicted to fall from 12% this year to 9% by 2021, and cinema advertising is predicted to grow at 12% by 2021, the growth in digital ad spend would still be worth 43 times more than that on cinema, and is forecast to have reached 52% of the global total by then. Plus, you would expect digital growth to slow down at some point.

And, as Zenith points out, the growth in cinema advertising is not even really a global phenomenon but mainly down to a movie-going boom in China. So, not the David versus Goliath narrative we were led to believe.

So, why the subtle mischief-making? I suggest it’s a combination of a) legitimate concerns about big brands caught out by adverts appearing alongside dodgy content, plus data collected from digital clicks being used to interfere in elections, and b) a huge dollop of wishful thinking from fans of traditional media.

Though clearly not borne out by the stats, as we’ve seen, all this still needs unpicking. And, hold the front page (if you’re still lucky enough to have one): digital advertising can be used for good as well as bad! As with anything that’s profitable, there are charlatans, shysters and rogues in the digital advertising game. Although, as Marketing Week points out, in this arena they take the form of bots, click farms and being relegated to the bottom of a webpage that no one scrolls far enough to see.

At CAN we have a unique perspective on this as we straddle both sides of the digital advertising fence (NB don’t try to visualise this). We are both sellers (for our partners on the Council Advertising Network) and buyers (running Citizen Reach campaigns) on behalf of the public sector.

From a selling perspective, we put technology in place to make sure all advertising on our network has the sort of viewability advertisers want, keeping income yields up for partners. We also have the tech to counter spoof websites trying to steal advertisers’ money. And we have a great natural advantage as all websites on our network are public sector, so advertisers are guaranteed a ‘brand-safe’ environment with zero dodgy content.

As for buying ad space, programmatic advertising (that bought through real-time bidding) has always been cost-effective for those with smaller campaign budgets. You can reach many people on the channels they use daily, many times and in a targeted way. And if the price of digital ad space falls slightly with the slow-down in growth rate, it will make it even more affordable.

And it’s worth remembering with Vote Leave mastermind Dominic Cummings now back in favour as the UK heads for Brexit at Halloween, that the personalised (but anonymised) data that’s collected when you run a digital campaign can be used for good too.

With local government budgets decreasing year-on-year, it’s more important than ever to have a clear picture of your residents’ needs to divert spending to the right areas. The data collected from digital campaigns can help with this.

For public health campaigns, gathering information about whether someone smokes or is worried about their lack of exercise means you can signpost them to advice. And finding out who is interested enough in fostering or recycling issues to click on an ad, means that you can follow up and nudge them in the right direction. But, because their data is anonymised, you’re not getting too personal with your messages.

Be careful out there

The important thing for public sector comms people in all this is to remember to ask the right questions before spending on digital. Make sure the company you work with on your campaign is transparent about its plans for your money.

And be wary of articles having a pop at digital advertising and digital data by cherry-picking statistics. The big picture might still be found on a very small screen!

John-Paul Danon is Sales Director for CAN – the ‘digital advertising for the public sector’ people. You can say hello to him on Twitter at @jpdanon