OFCOM 2019 STATS: This is how people in the UK are consuming video – The Dan Slee Blog » LOCAL SOCIAL: Is it time for a Local localgovcamp? 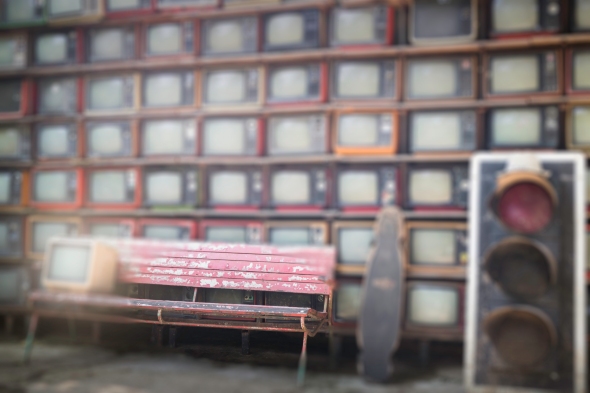 Ofcom’s ever useful media nations report was published this week with a usual trove of useful data.

There’s been extensive coverage of the wider findings of the TV industry but for me the value is drilling into the data on how video is consumed. This is the gold that can inform how comms people look to communicate.

So, here’s the data.

The Ofcom report focuses on TV, radio and YouTube without looking in detail at wider social media data. There is nothing, for example, on how much time people spend watching video on Facebook, for example.

I’ll blog the radio data separately but in the meantime, here’s plenty to get on with on video.

Dominated by live TV, the average UK adults is burning through almost five hours of video screen time every day. That’s around 35 hours a week.

The eye-catching figure for public sector communicators is the 34-minutes a day spent watching YouTube. 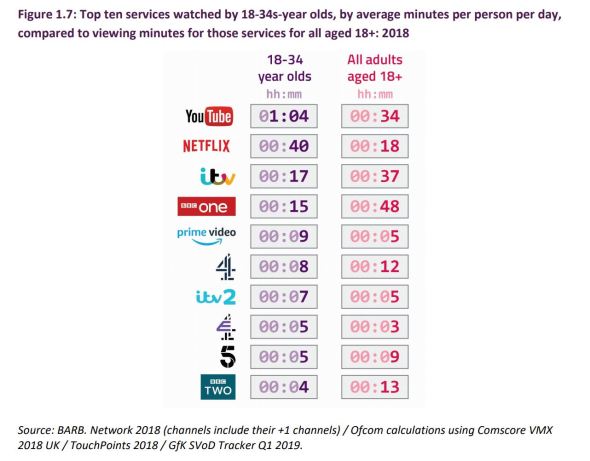 Older people tend to watch their video content as live TV while younger people gravitate to watching video as YouTube.

For 18-to-34-year-olds, YouTube is the most popular means of watching video with an hour and four minutes watching the platform every day. That’s well ahead of second-placed Netflix on 40 minutes.

Conclusion: If you are looking to reach an older or younger audience you need to tailor your content accordingly.

YouTube as a place is dominated by people making content that probably wouldn’t have got an audience twenty years ago.

Digital natives is the catch-all expression for vloggers and non-broadcasting industry content. Lean over your child’s shoulder while they are watching a screen and the chances are its the content that they’re watching.  They’ve built an audiences based on generating engaging content and slowly building trust. They may not have the same slick production values as traditional broadcasters but that’s okay.

The learning point for this is that the traditional gatekeepers of video content – TV stations – have become not the only show in town.

News at five per cent is a small part of the pie and it leads to a question as to the effort chasing the traditional opinion formers.

Conclusion: Channels made by digital natives are the most popular channels on YouTube.

Children are often known as a hard-to-reach audience as they don’t consume traditional media in a way that we are at home with.

The Ofcom data drills down into exactly watching on YouTube with some useful data for three to 11-year-olds and then the older 12 to 17.

YouTubers are significant. These are vloggers who are creating their own content and often speak to the camera directly. It’s rough and ready content built because its the content that best reaches an audience.

Conclusion: Young people are unlikely to be on your organisation’s YouTube channel but you could reach them by going through channels that are popular.

The Media Nations report published by Ofcom can be found here.

I help deliver video skills workshops in-house and public sessions. Drop me a note at dan@danslee.co.uk or see the public workshops here.