Last month, we ran a workshop called “Prototyping for non-designers”, with the aim of showing people from a variety of digital roles that turning ideas and hypotheses into real and testable things isn’t just the realm of designers.

This was one of a series of training workshops held by dxw digital over the Summer. 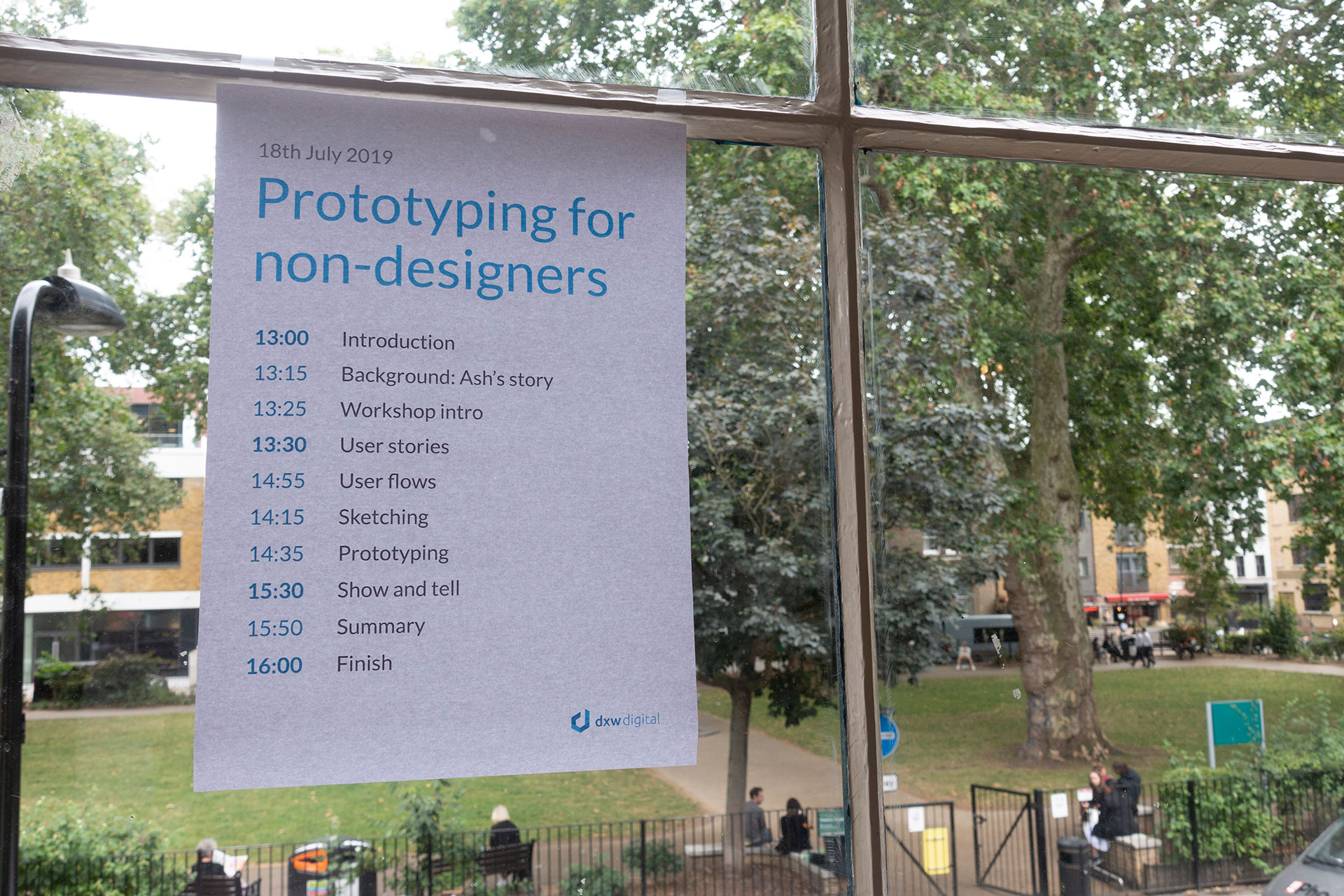 After a brief introduction, we kick-started the day with a warm-up exercise.

We invited our guests to draw a cat (yes, that’s right) on a sticky note within 60 seconds and stick it on the white board. They did a fantastic job and we received a collection of masterpieces.

What’s next? We asked everyone in the room to repeat the exercise, but instead of 60 seconds, they had to draw a cat in 10 seconds. Not challenging enough? Our guests then did it again, and this time they got only 5 seconds.

The point of all the cat drawing was to demonstrate that a low fidelity and a lack of time spent on details is still enough to get across an idea. The 5 second drawings still show the idea of “cat”, without the fidelity of a 60 second drawing! Here is the result: 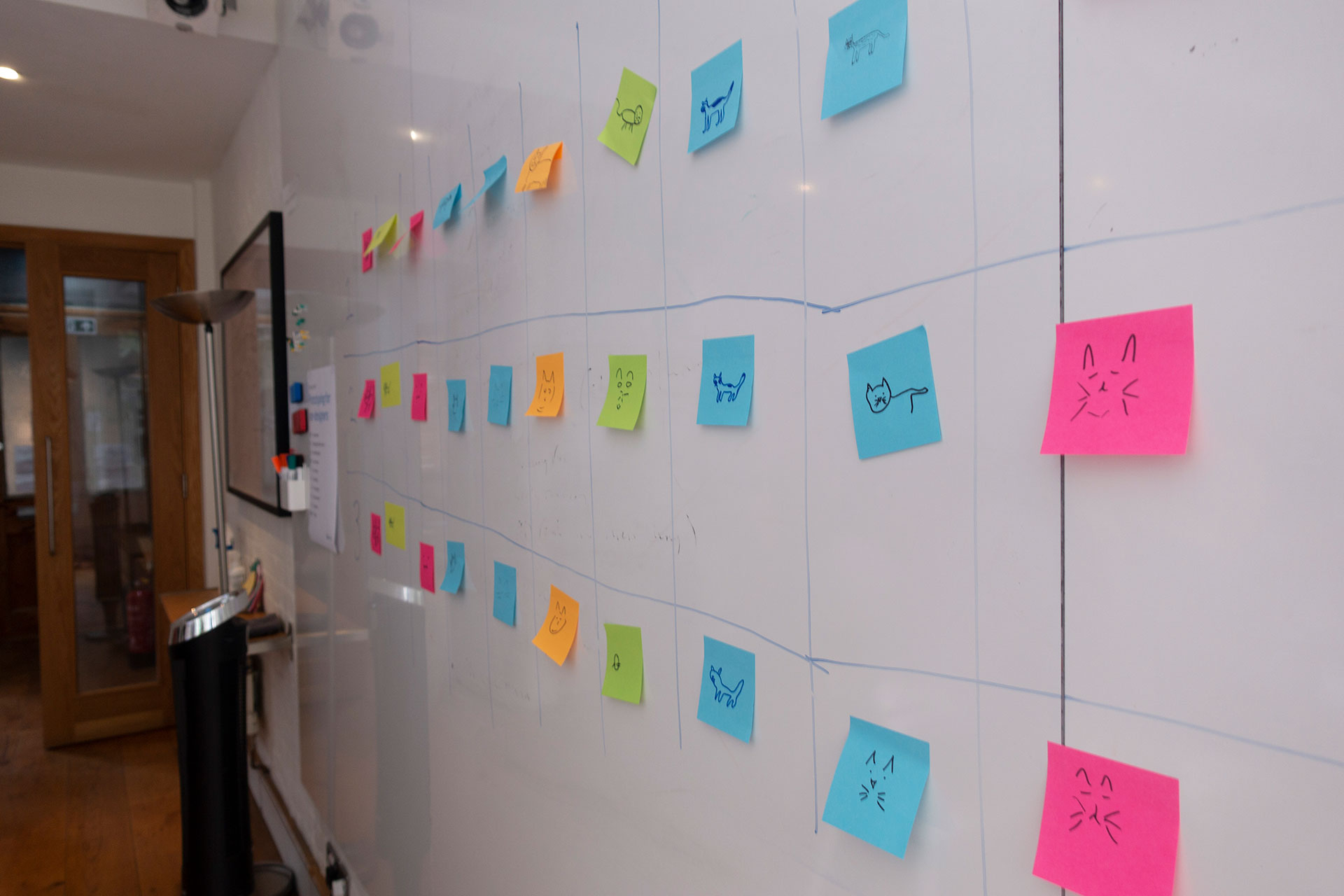 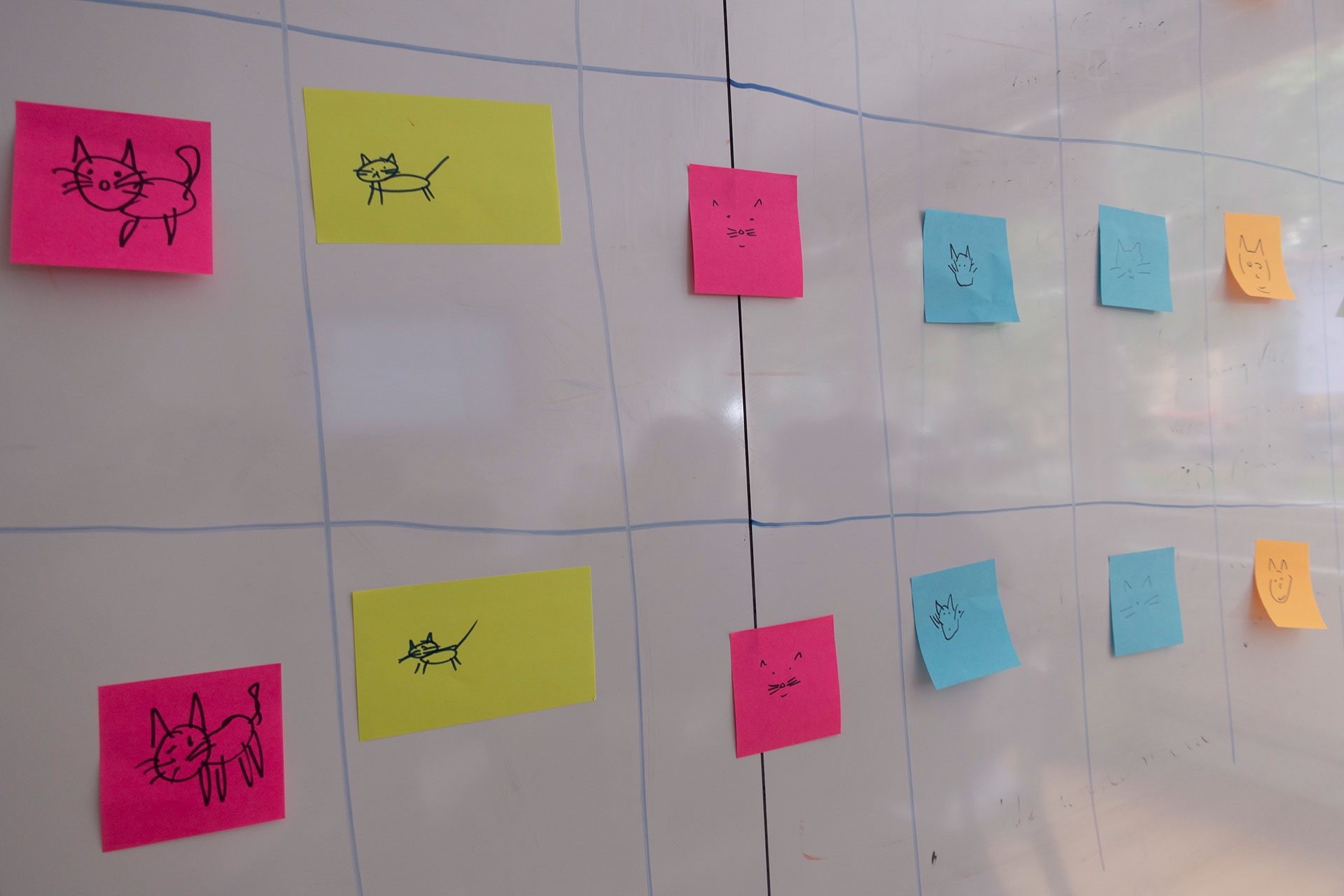 Warm-up exercise done. Time to see what stories we are going to prototype for.

Next, we told the story of “Ash” (illustrated in super-cute fashion by our Agz), a fictional character who is a non-designer and member of a local government digital team – and how they made a prototype to demonstrate an idea for improving a digital service.

We used Ash’s experience of making a prototype to demonstrate and validate an idea for an improved recycling information feature, as an example of the tasks we were about to carry out in the workshop. 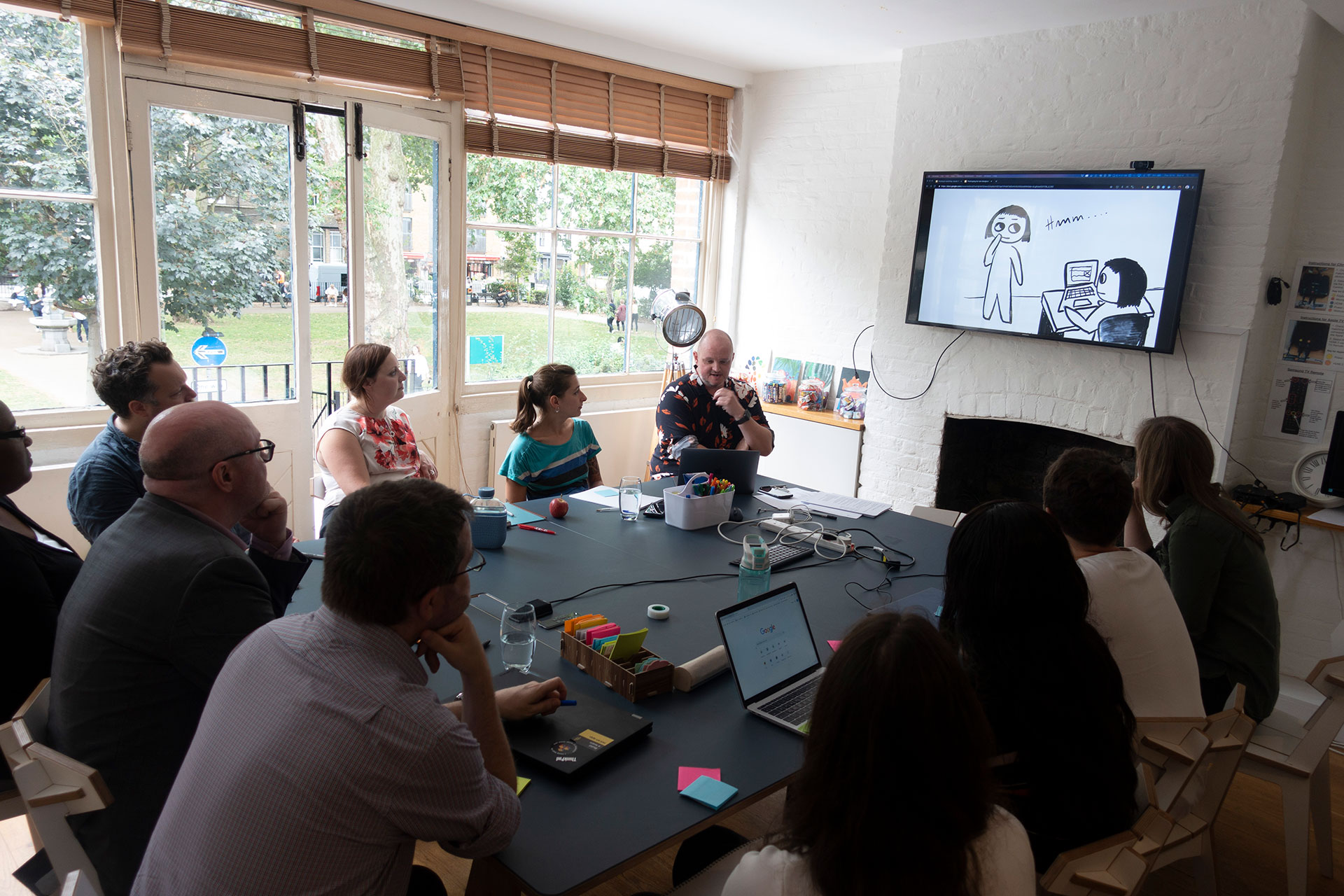 Here’s what we were going to do:

The first activity was to write some user stories. We started by using the well-known user story template:

took Uber as an example to demonstrate how to write a user story, and then gave each group about 15 minutes to write some stories. 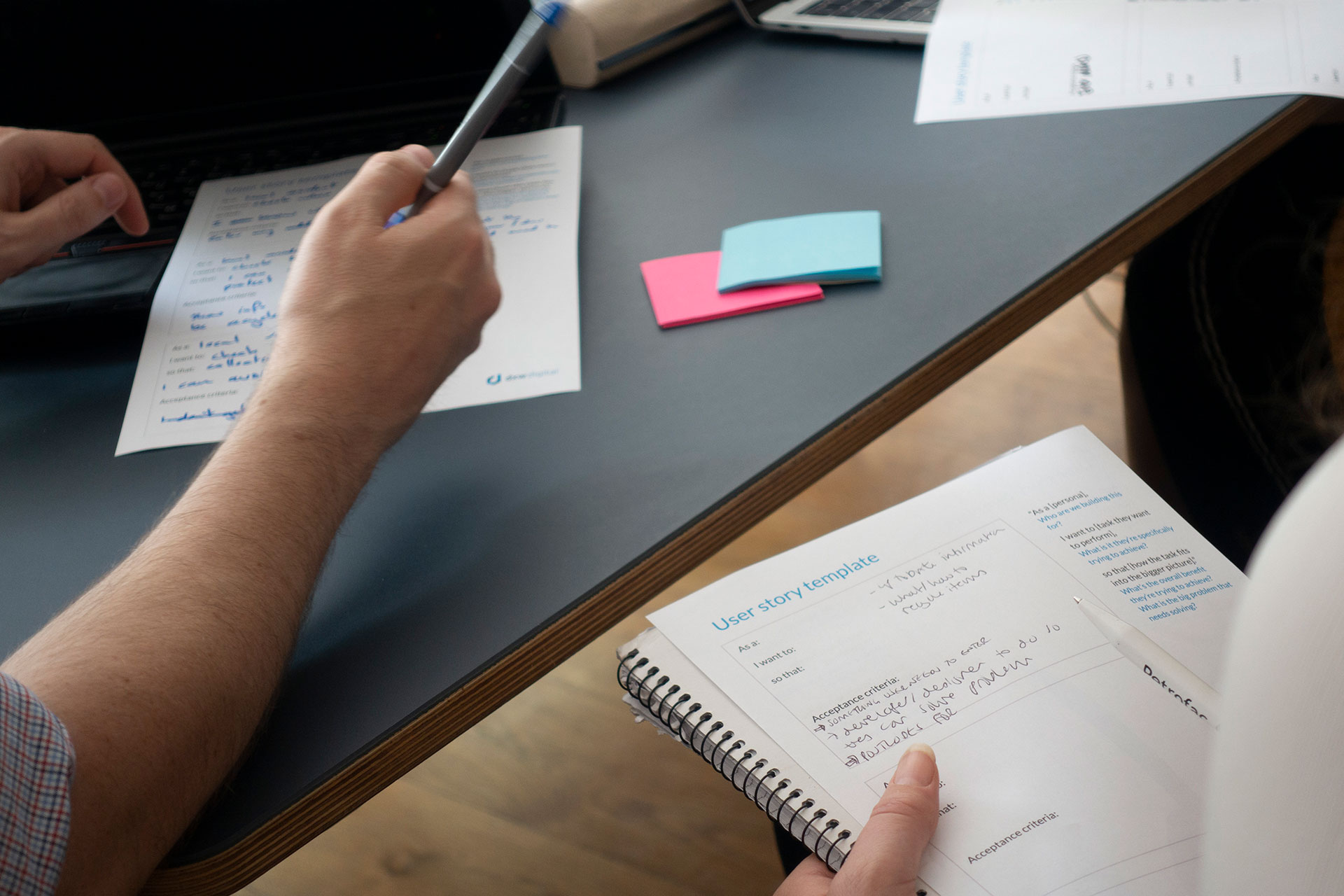 After the attendees finished writing user stories, we introduced the process of writing a step-by-step user flow. We used the flow of applying for a job at dxw as an example, and then asked each group to translate their user stories into user flows on sticky notes. 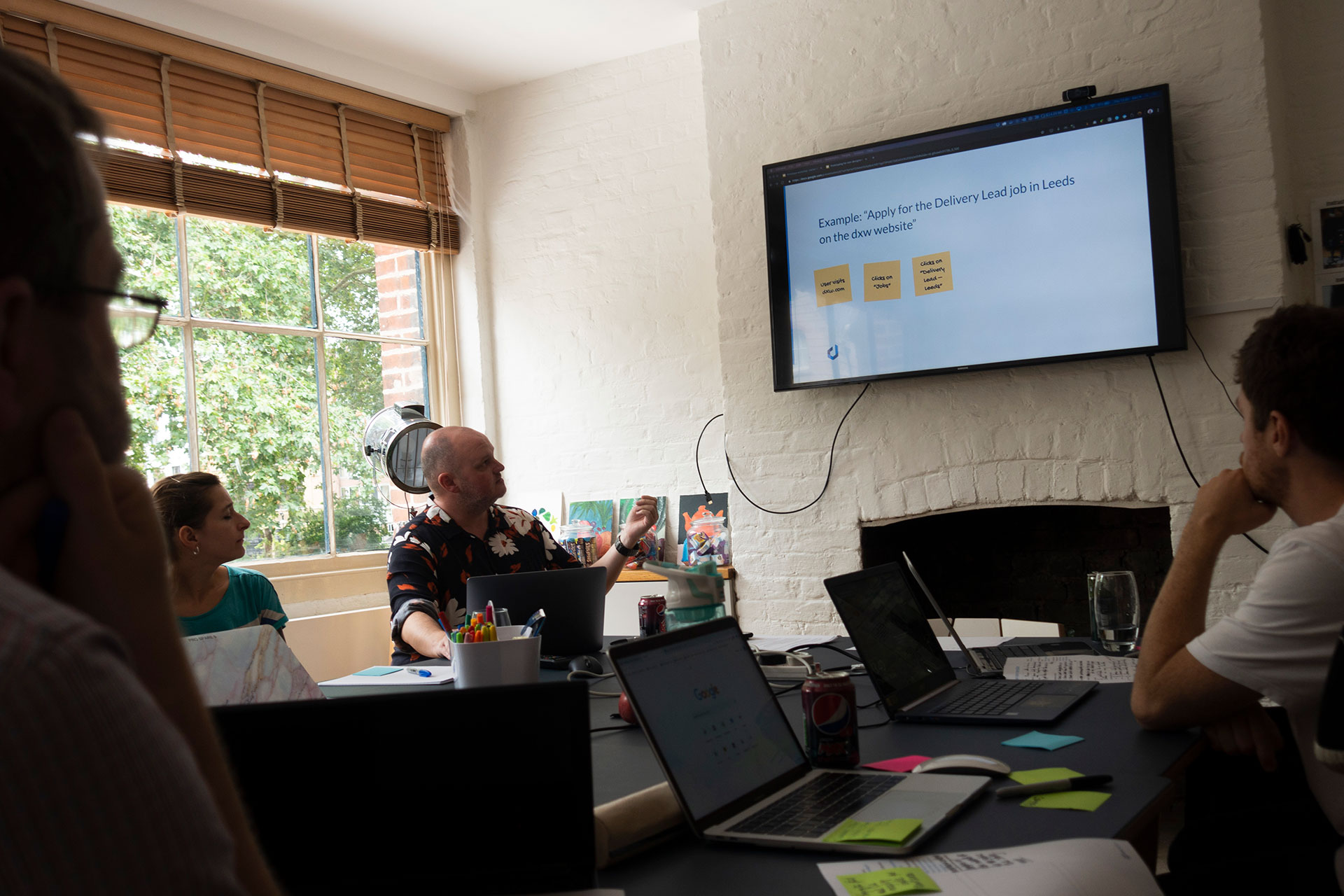 Explaining how to write user flows 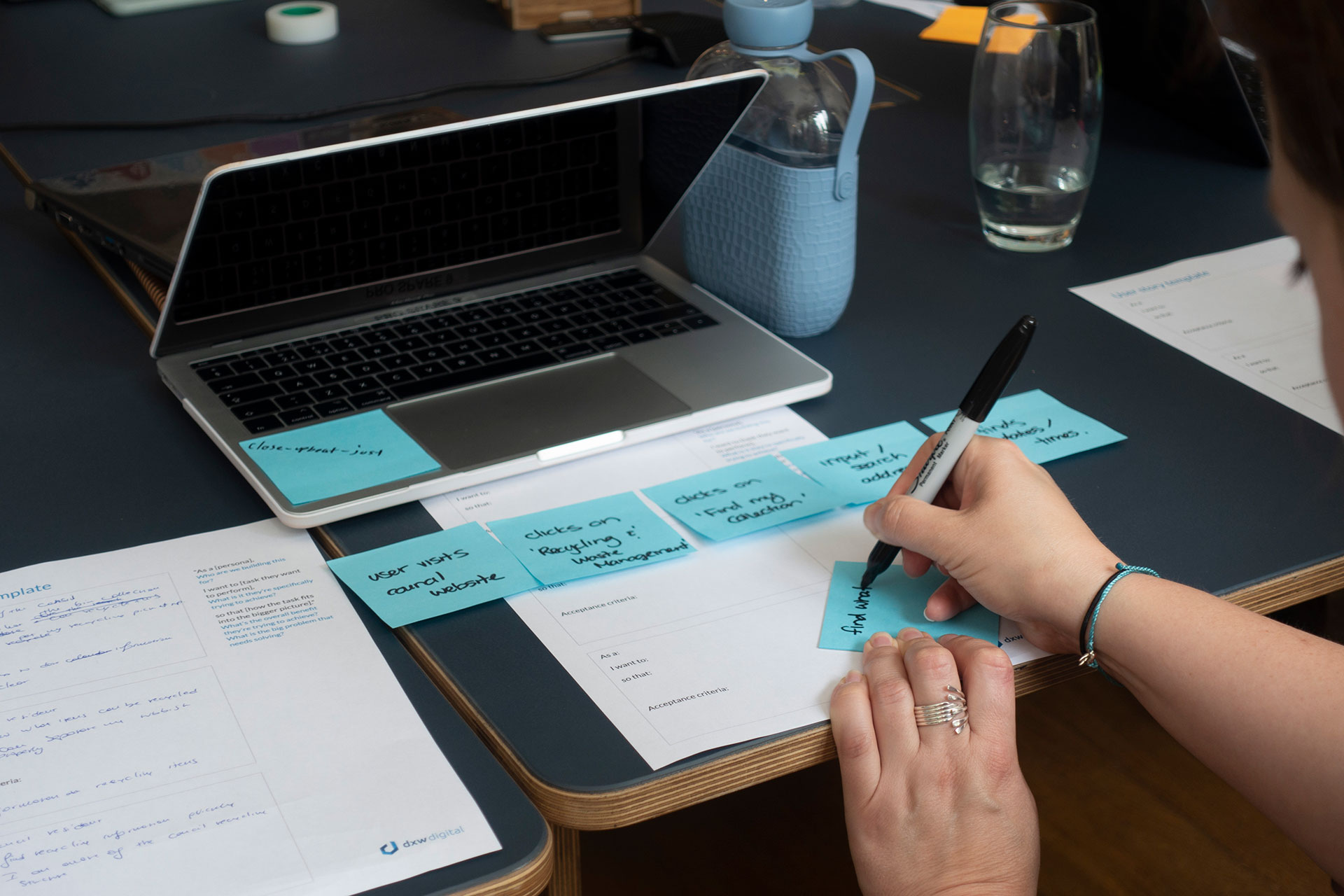 At the end of this activity, a representative of each group did a little presentation of their user flows. 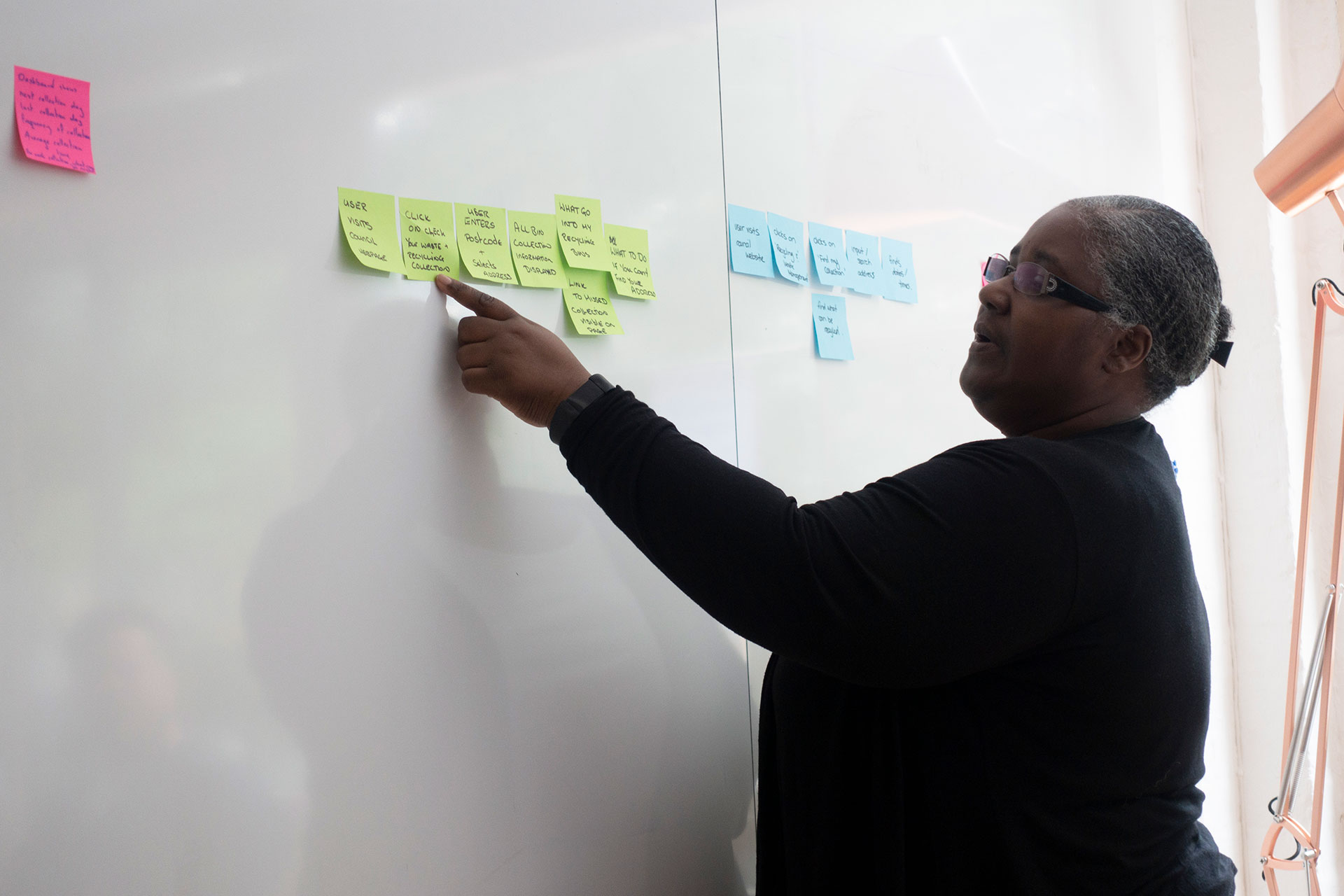 Presenting back user flows to the wider group

Once the presentation of user flows was done, it was time to convert the flows into user interface (UI) sketches. We encouraged everyone not to pay too much attention to the details of the UI — we don’t need to create pixel-perfect mock-ups to communicate the idea of the solutions. Instead, we invited everyone to use sharpies to quickly sketch UI elements like forms and buttons on the paper templates we provided.

Everyone really enjoyed this exercise! 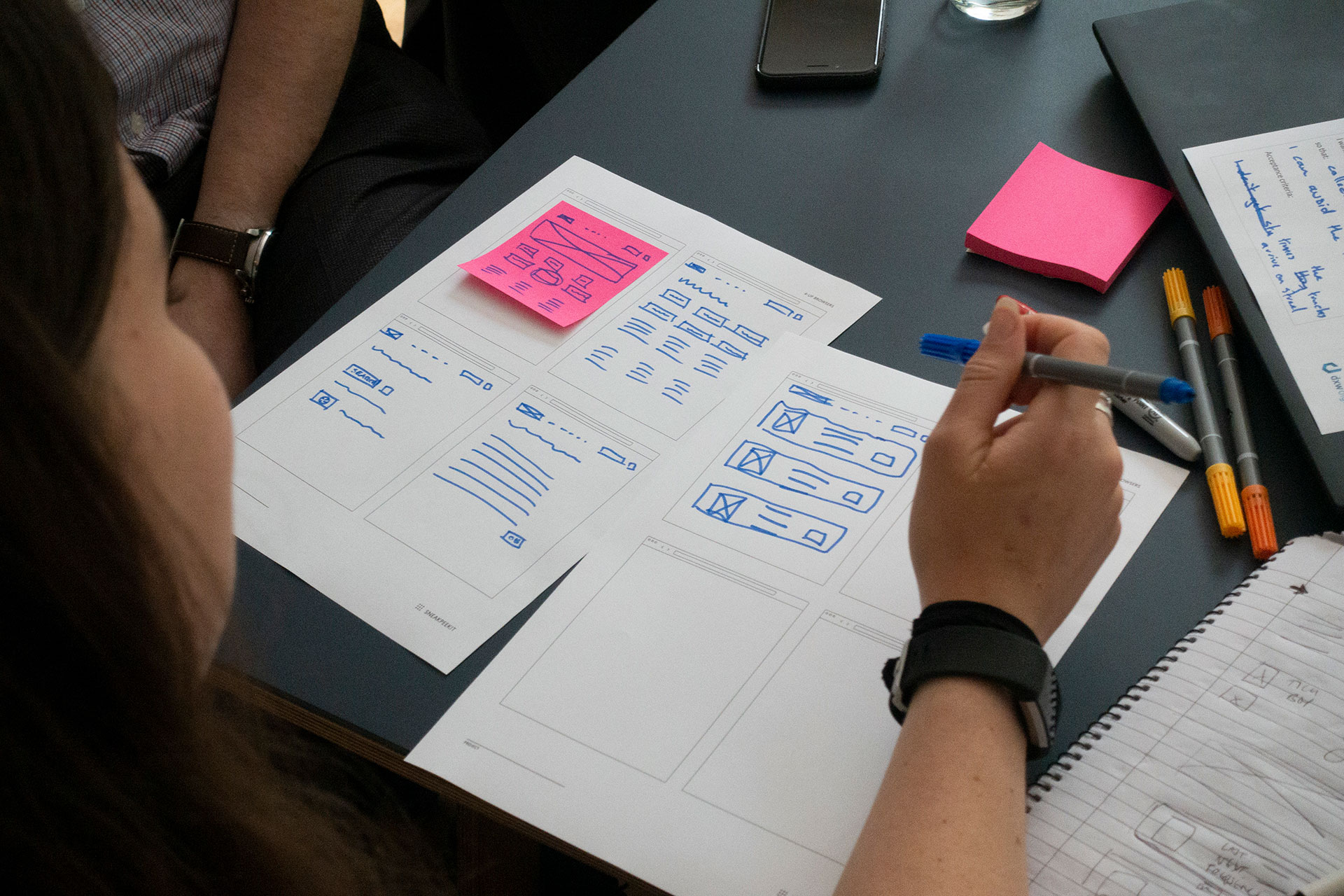 A couple of the group’s user interface sketches

Having fun with the UI sketching

With user stories, user flow and UI sketches ready, it’s time to make prototypes! To save some time, we had created some UI templates in Google slides. Elements like radio buttons, checkboxes and input boxes were all available in our templates to copy and paste. 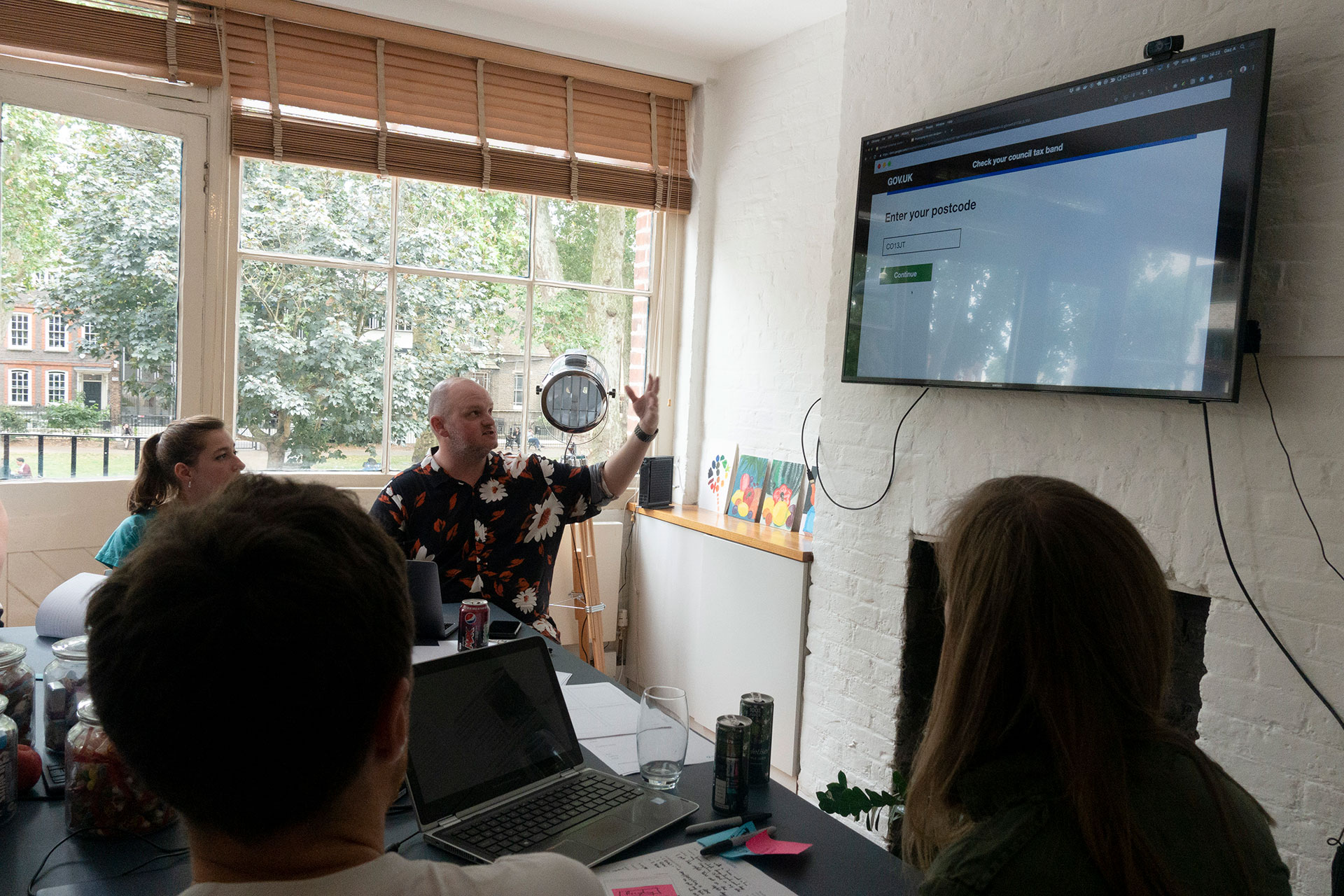 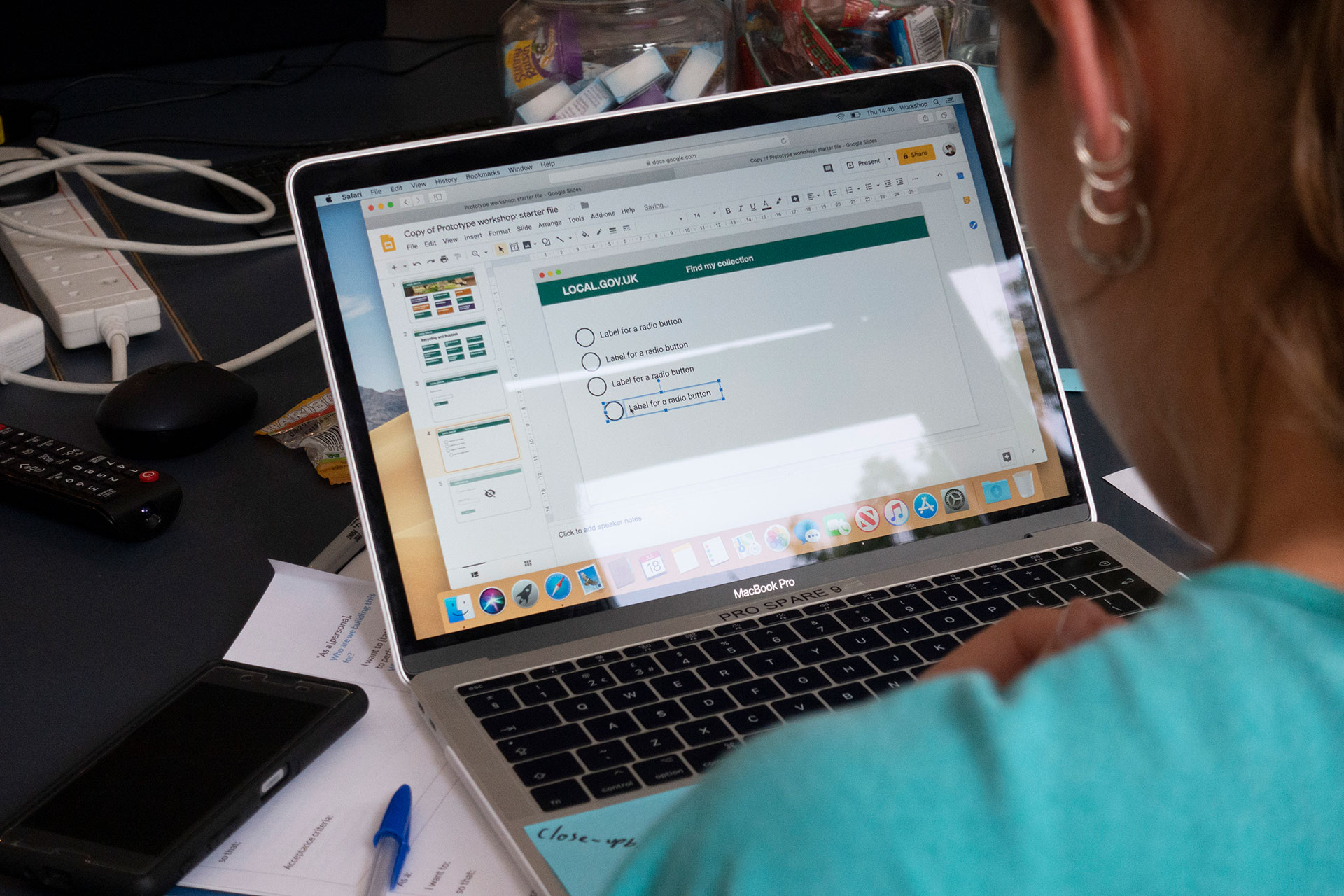 A prototype being built 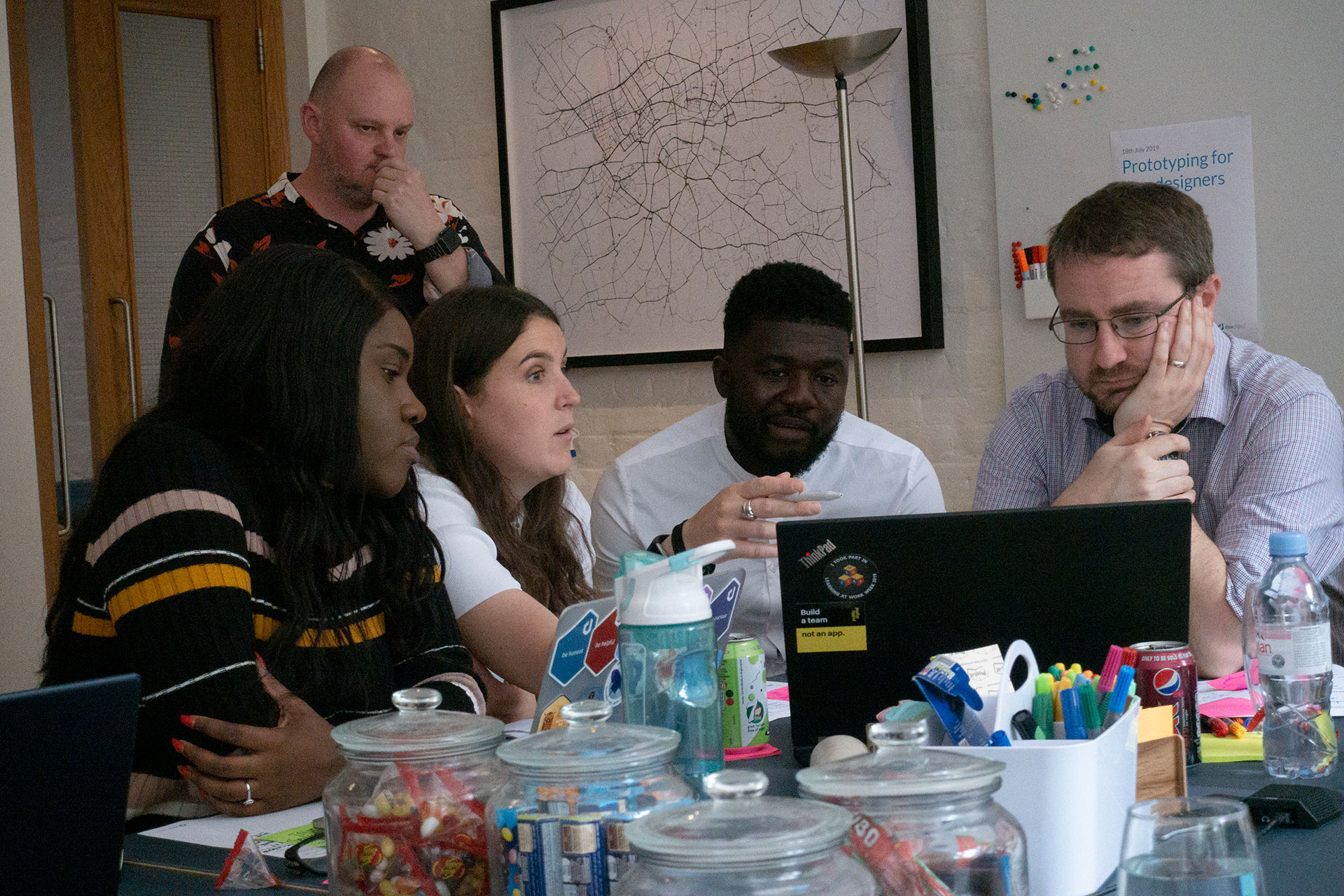 One of the groups discuss the features of their prototype

Finally, it was time for a show and tell. Representatives from each group showed their prototypes on the big screen and shared with us how their ideas can solve the problem we set. 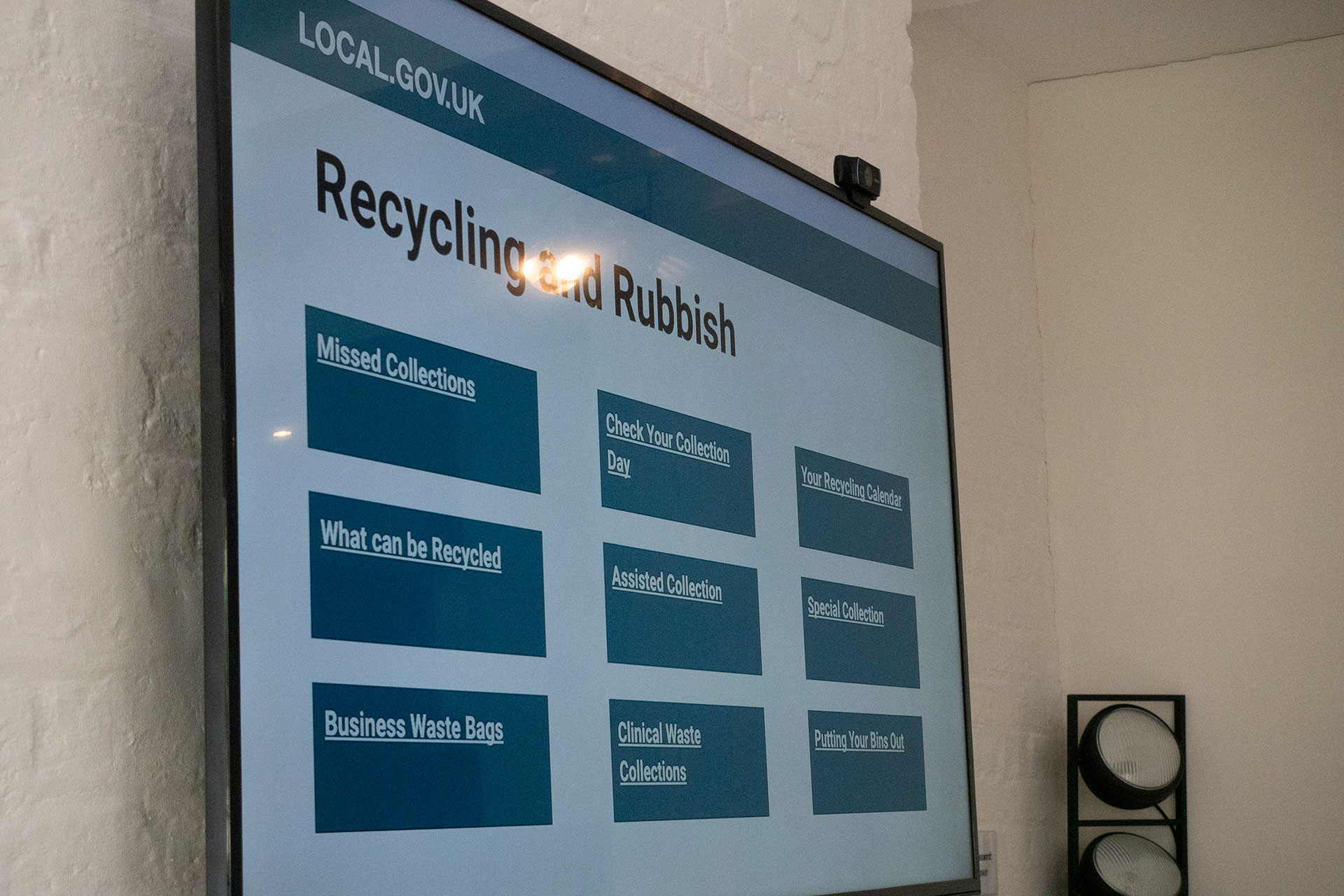 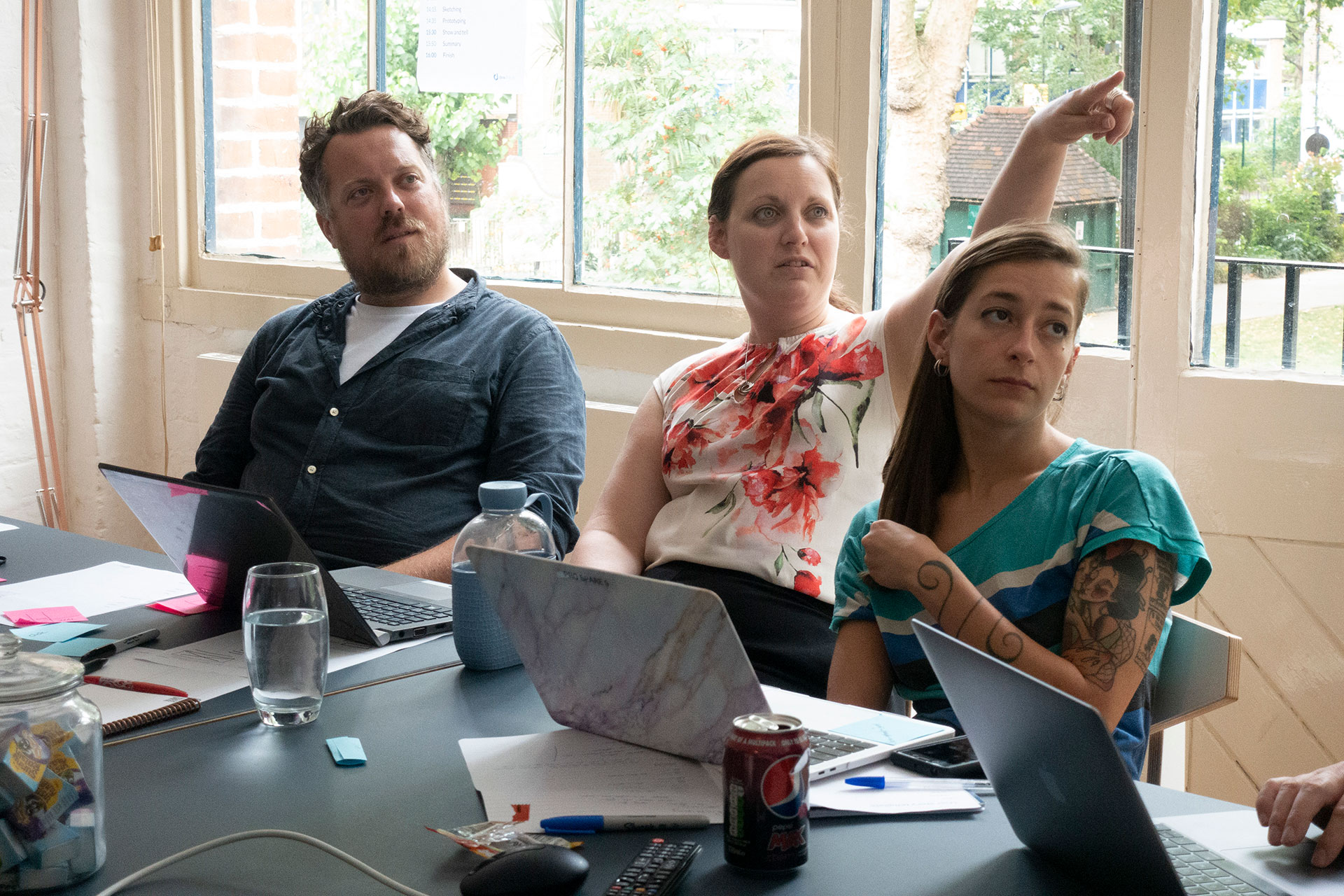 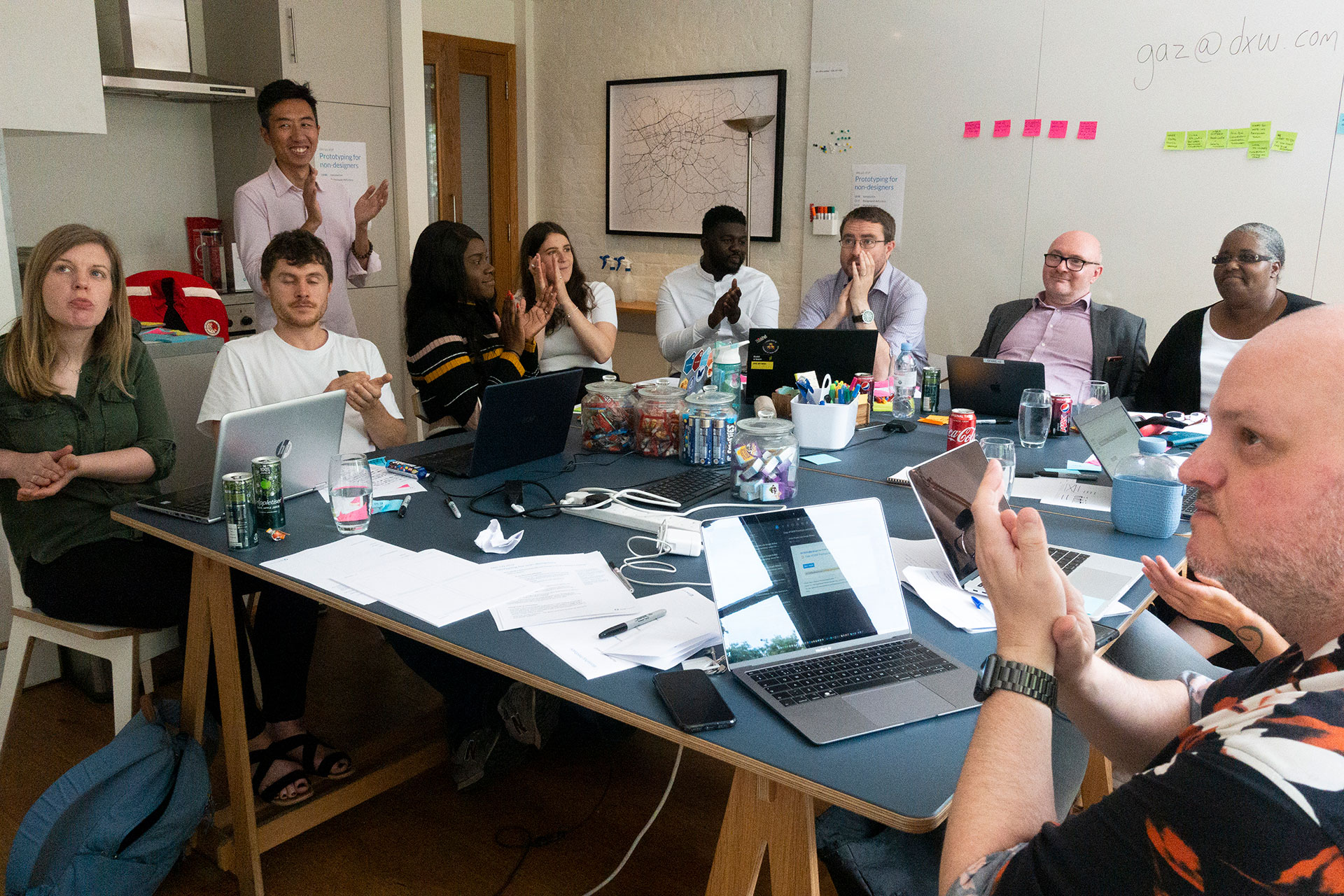 A round of applause for some nice work

The feedback from the show and tell was great. But due to the intensity of the activities we had done, we decided not to go through the test and iterate process. We were all pretty exhausted!

We’d planned to do another round of the user story/flow/sketch/prototype process based on some fictional usability testing outcomes. Instead, we described the idea, and we’re looking at how we can make this a part of our next workshop.

It was a real pleasure to see our guests enjoying the workshop, and great to read their positive feedback and suggestions for improving the next one. It looks as if we got it about right with the content and materials, which were pitched at a level that meant people felt a bit of challenge while still being comfortable.

We hope the idea of prototyping for non-designers becomes a habit in our attendees’ day-to-day work!

The post Prototyping for non-designers appeared first on dxw digital.