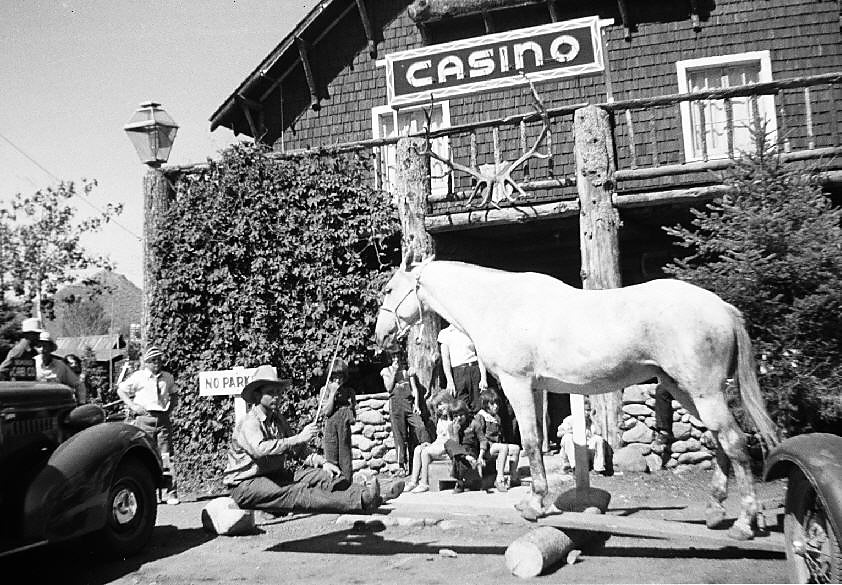 We all know, really, that social media was designed for food tweets and pictures of animals, right?

The other day I took a picture of a horse on a station platform. This sounds ridiculous, and it was – here’s the tweet… 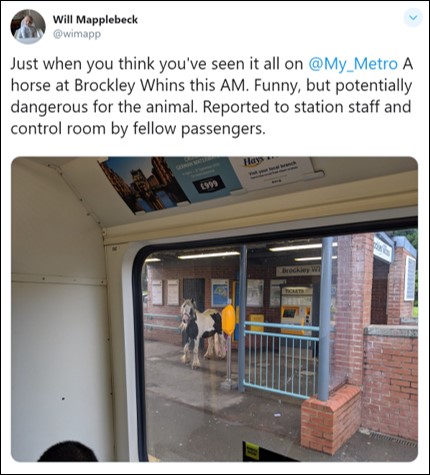 By the way, the horse didn’t use an escalator or have to negotiate contactless payment. This is a suburban above ground station on the Tyne and Wear Metro that I tend to pass through at least three times every week. Only this morning there was a horse on the platform and I took a picture as it seemed unusual.

Here’s some context. I’m a regular twitter user, but my stuff is pretty nerdy.  Mostly I’ll use it to talk about policy and politics. I tend to generate the Twitter equivalent of tumbleweed, liked by only a few dedicated and equally nerdy followers. However, policy and politics is what I do for a living and, luckily, it’s what I’m actually interested in.

I’m not that interested in horses, in fact I’ve never even ridden one, but a tiny one – a Pony to use a technical term – standing at a light rail station in South Tyneside on a Monday morning seemed pretty strange to me.
So I tweeted it using the Twitter handle of @my_metro who run the customer service account for the light rail network. At first there was quiet, just a few likes from a couple of mates, but after half an hour my phone was buzzing regularly with notifications.

Twenty minutes after tweeting I got my first request from media to use the picture. No payment of course, but the promise of a credit. Being an ex-journalist with dreadful memories of generating content during Silly Season I said ‘yes’.

At this point I’ll mention that at no point did I expect to get paid, but I did ask for a credit and to stress that passengers were amused but called the control room to let them know the horse was loose.

And just while we’re on the subject of payment, does it not seem strange that I gave media organisations free content belonging to me that they then use to generate profit? How’s that for an abusive relationship?

Whatever. It then went a bit crazy. Local radio, BBC Online, and the Press Association also got in touch via DMs and asked for permission to use the picture. At one point Russia Today – I kid you not – rang up the Metro press office, presumably seeing the pony as a symbol of inevitable Western decline.

All this media coverage just made the original tweet grow in popularity. I’d gone my equivalent of viral. People just kept liking and replying. I received dozens of jokes from strangers along the ideas of how the pony had ‘neigh idea’ where it and how it was ‘having a mare’.

And I apologised to the media relations lead at Metro, who I know professionally, for causing him so much work. I definitely owe him a drink.

But what did I learn about Twitter as a result of (almost) going viral? I learned that people like silly pictures of animals in unusual places – particularly on a rainy August Monday morning – and they also like a pun.

And I learned that, ironically enough, it was interest from mainstream media, including radio, that drove the popularity of the tweet across the UK.

It received close to 100 likes, 25 retweets and 19 comments. In new money that works out at more than 8k impressions and over 1.3k engagements. Rock star stuff for me.

But what happened to the horse which should be the star of this story?

Well, it was caught and returned to the field from whence it came – presumably unaware of its short-lived social media celebrity status. Meanwhile, I’m back to Nerdville, tweeting about Beatles album covers and transport policy.

Farewell viral, it was fun while it lasted…

Will Mapplebeck is Strategic Communications and Public Affairs Manager at Core Cities UK. You can say hello on Twiiter at @wimapp