The EV Challenge – In The Eye Of The Storm

Every country around the world, as I’ve written before, has been busy setting targets for EV adoption.  It feels just like the early days of e-government when one country would announce a target for when all of their services would be fully online, only for another country to advance that deadline a year with the aim of being first.  In the UK we moved our deadline from 2008 to 2005, largely (as the rumour was at the time) because Canada had announced an earlier date than us.  Arguably, 14 years after 2005, we are still not 100% online of course.  But deadlines do help focus the mind. "Put a man on the moon, maybe bring him back alive, do it whenever you’re ready" wouldn’t have had the same impact I’m sure. 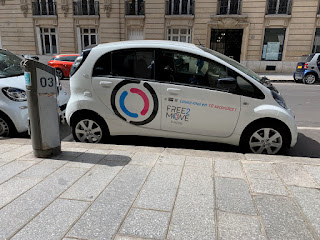 India, like the UK, has set 2030 as the date by when all vehicle sales will be electric.  That’s a leap from around 0.1% today (not very different from the UK if you separate hybrids from pure EVs) to 100% in 11 years.
Countries have several levers to help make this happen – subsidies (to the consumer in return for splashing out on a new EV), penalties (e.g. for car makers that don’t meet stringent emission targets, just as the EU is ratcheting down now, and perhaps all the more so following the VW et al scandal), infrastructure programmes (for charging), taxation (a combination of subsidy and penalty – free car tax for an EV, ever higher taxes for polluting cars), additional charges (e.g. for parking – parts of London already charge double for some diesel cars and there is, of course, the ULEZ in London). 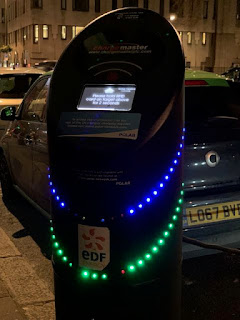 At the same time, no country wants to be left out of the bonanza of jobs that could result from EVs (and all of the associated technology, all the way to eventual autonomous vehicles) being researched, developed and built within their borders.  I’ve noted before that the UK isn’t in a strong position here – notwithstanding the various R&D grants that UK government has already made and plans to continue to make.
India has taken an interesting step with their programme of subsidies and penalties.  Sales tax has already fallen from between 12 and 18% to 5% (VAT / sales tax is relatively new in India, introduced in only 2005) and there is an overall plan for subsidies of c£1.25bn.  The kicker, though, is that India expects half of the components in an EV should be produced within its borders.  Given that an EV has far fewer parts than a conventional vehicle this doesn’t sound too hard – many of the specialist parts could be imported, but the traditional components (doors, windows, wheels, wheel rims, seats etc) could be produced locally.  I’m sure that India is going to ratchet up that ratio – looking for the high technology components in all vehicles to be produced locally too (just as they have demanded that Apple assemble its iPhones in India).
This measure was, seemingly, introduced very suddenly. And it halted car (and other vehicles – scooters etc) sales overnight.
It very much seems like each country is feeling their way through this.  There is little in the way of long term publicly available strategy – the UK’s Road To Zero isn’t a strategy so much as a set of aspirations with little in the way of plan.  Each country will learn from others, and because it’s all happening at the same time, lots of mistakes will be made along the way, making those aggressive deadlines unlikely to be hit.