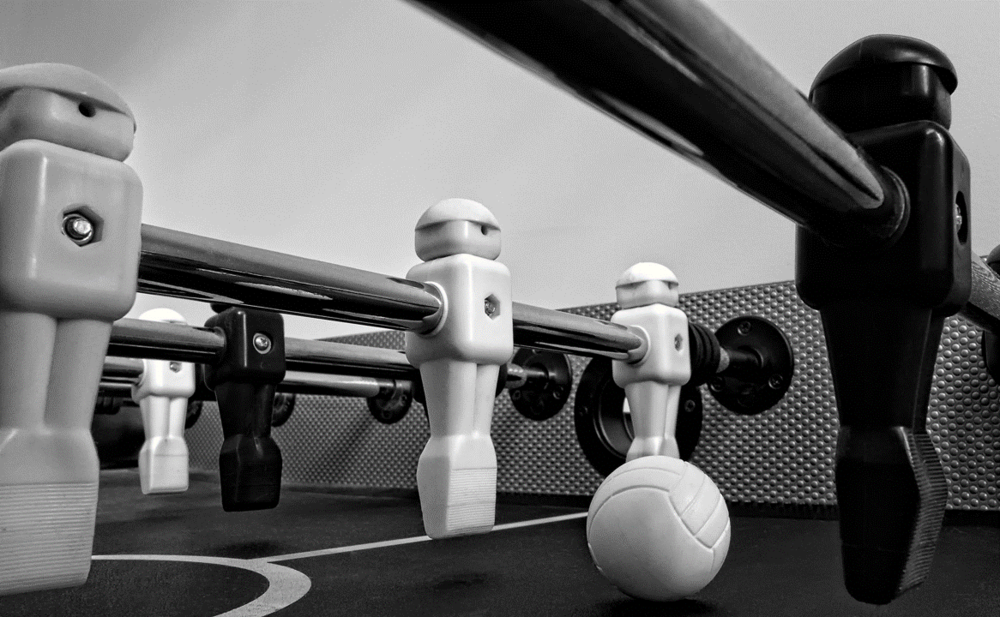 We all make mistakes, right? But comms people in some organisations are made to fear failure. And that will always hold us back…

Over a game of table football yesterday, though, we realised that it should have been eight. It turns out there’s another key ingredient to campaign success – failure.

Or, perhaps more specifically, a fearless approach to it.

The actual topic of our conversation was the LGBT History Month video our team released last month – featuring staff reading out abusive comments we’d had on social media.

We couldn’t be more pleased with the response to that video, which has resulted in some really positive outcomes, and we wanted to try and isolate some of the reasons for its success.

We also wanted to identify anything we could have done better and, during that discussion, reminded ourselves that reaction to the video could easily have been so very different.

It went well, but we couldn’t absolutely guarantee that.

People could have hated it, inundated us with complaints and forced us to temporarily shut down our Facebook page due to an unstoppable wave of negativity – I’ve seen it happen.

And of course this theory applies to our other work, too. Every single campaign we have delivered in the last two years could have been a complete flop. In fact, some have, but that didn’t stop us running them.

For every LGBT History Month film, that well exceeded all of our objectives, there is an Alexis Sanchez recruitment video that totally crashes and burns – much like his career.

For every electrical fire campaign, that reduces incidents by 30 percent, there is a vulnerable persons campaign that only just gets over the line.

Then there’s the focus groups we ran recently during which people told us they didn’t like some of our safety literature, which we’ve been using for months – who knew?!

And don’t get me started on all the smaller stuff… how many bits of great social media content end up falling short of our expectations?

Nobody wants to fail. Especially not when you’re running a large-scale communication campaign. That goes without saying.

Clearly we can, and should, try to guarantee success by following models such as OASIS, bringing insight to the table and making sure our messages are getting through to the right people, at the right time, in the right way.

We do all of the above and more in South Yorkshire, to try and get the very best outcomes for our organisation, and we’re fortunate that we’ve had loads more things go right than wrong in recent years.

But, realistically, the world of communication is ever changing and the risk that something won’t work is always there. For us, we’re really OK with that.

Outside of work I coach a youth football team and the picture is very similar – it’s a fast paced game and my players are 9-years-old.

Some level of failure, in this context, is inevitable. That is unless you decide not to play, of course, and you could say the same theory applies to communication.

Surely the only realistic way we can totally avoid failure, as communicators, is by not communicating at all – shelving that creative idea, not running that campaign, deciding against trying that new internal channel we’ve been talking about.

Alternatively we could do the work and set a low bar, or just not evaluate it properly. That way we will never be able to lose, right?

We think that being brave, taking chances and making sure to properly measure our work – provided it links in with our overall principles and strategy – is essential if we are to achieve good outcomes that benefit our organisations, and the communities we serve.

And that means some of our stuff flops along the way, so be it. We’ll take the lessons and move on until we get the results we’re after.

Jack Grasby is campaigns manager at South Yorkshire Fire and Rescue Service. You can say hello on Twitter at @JackGrasby