BE HUMAN: What stage two of coronavirus needs to look like – The Dan Slee Blog » LOCAL SOCIAL: Is it time for a Local localgovcamp?

20 April 2020
The first phase of coronavirus comms is over and there are now signs as to what stage two needs to looks like.
The first phase was Government posters with a clear warning message: ‘Stay safe, stay home, protect the NHS.’
But there’s only so long those can be share and re-shared for before their message dissipates.
As time goes on, the comms needs to change.
For me, this is where  hospitals and local government really coming to the fore. It needs to be speak with a Black Country accent in the Black Country, like a Fifer in Fife, a South Walian in Bury Port and with a broad Belfast accent in Belfast.
They need to be human messages and stories from your community to your community.
They can repeat the Government’s key safety messages but they need to do so by the living of them.
They need to carry hope as well as advice.

NOT ALL COVID-19 CASE IS FATAL

Every death is a darkness that casts a long shadow across a family and its community.
But not every covid-19 case ends in death. In fact, a majority of cases won’t even get to hospital.
When I went down with mild covid-19 symptoms my condition wasn’t anywhere near bad enough to go to hospital. Every death I read jolted me and every story of recovery was a shot in the arm. I needed positive messages.
We need the outliers of the 101-year-old being released like this story of a 101-year-old who recovered in Worcestershire. 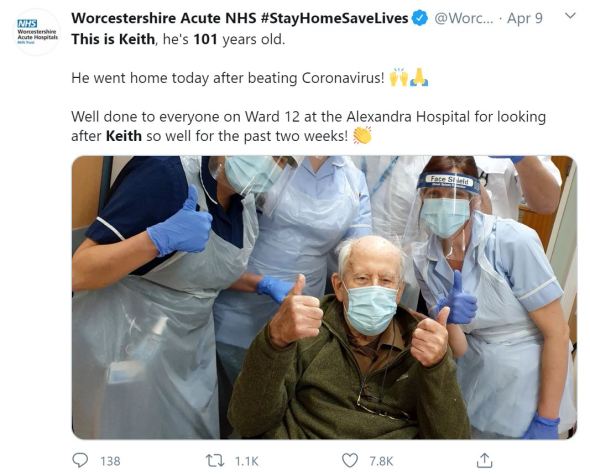 But we need more than that.
Aside from hospital survivors, we also need the woman who stayed at home, did the right thing, had a cough and a temperature but is well again.
In local journalism terms, it’ll never trouble the frontpage. But its the shed fire that caused a sir in the community and by telling that community of moments of recovery it does a job.
There have been warnings we’re facing a mental health crisis not least amongst people who equate catching covid-19 with death.
Those stories of survival are not just effective content in public sector channels, they’ll work in local news media and community Facebook groups, too.

People connect to people and we know this.
People connect far better to people like themselves than to someone who has an important job.
The Edelman Trust Barometer shows that 59 per cent of people trust people like themselves compared to 30 per cent trusting a chief executive.
A warning poster would be less effective.
Sure, its rough and ready and I’d argue that its sub-titles are helpful and this is exactly the content that works in Sunderland as its high engagement rates show. 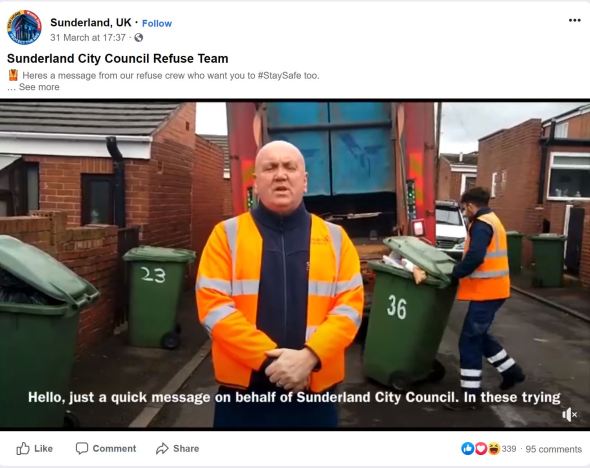 I’ve been banging this drum for so long but never more loudly.
This crisis will be won or lost on Facebook.
Almost 70 per cent of the population use Facebook and 50 per cent get their news from it.
You need to knock on the door of your Facebook group admins and ask them to share your local messages. If that’s local content even better.
The Stourbridge nurse working at the hospital that serves Stourbridge ought to be celebrated.
Or the advice on how to use the nature reserve like this post shared by a group admin from an original post by a countryside ranger.

YOUR HEROES HAVE A HUMAN FACE

Hundreds of thousands of people are risking their lives every day to do their job.
They’re real people who are people’s friends, family and neighbours.
So, celebrate them in your content.
This bin operative in Angus Council’s post shows a message of support from a resident but also a face that’s part of the community. Celebrate the heroes you have. 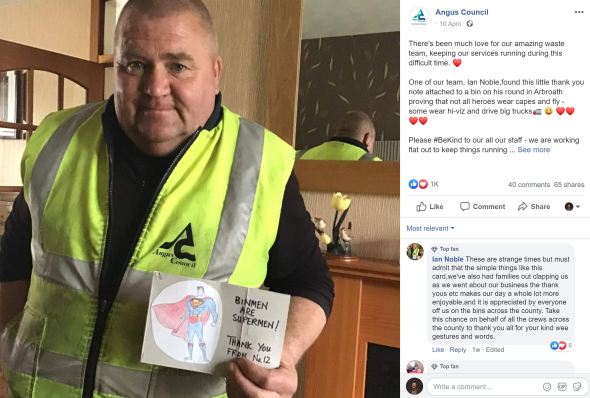 Or this post by West Midlands Ambulance Service to instagram of a 21-year-old celebrating his birthday by working and unable to see his friends and family.

The public sector has such an important role to play in helping the country through a time of huge crisis.
It’s tempting to try and create a new normal and a new established way of doing things. Just posting Department of Health messages, for example. It needs to be much more than that.
Human content means that when you post it the people in the content and their friends and family are more likely to share it. That means they are on the right side of the social media algorithm which interprets the likes and shares as a signal that this is popular content and must be shared.
Bold, imaginative, flexible and above all human.