FOI and appeals to the regulator – mySociety

Following our report into Reforming Freedom of Information in the UK, there were several pieces of research that didn’t fit inside the final report. This exploration of differences in outcome and response times is one of them.

After internal reviews, requesters can appeal exemptions (or complain about delays in response) to the regulator. In Scotland this regulator is the Office of the Scottish Information Commission (OSIC), while in the rest of the UK this regulator is the Information Commissioner’s Office (ICO). In response to appeals, the ICO can issue a decision notice on whether an authority has properly complied with the law, and if not, how to rectify the situation.

In general,  the OSIC is more likely to rule in favour of information disclosure than the ICO. Building on previous analysis by OpenDemocracy, in the 2015-2019 time range 53% of ICO decision notices fully upheld the original decision of the authority, whereas for the equivalent time range only 34% of OSIC rulings were fully upheld. The average time from complaint to decision notice was 120 days for an ICO complaint and 140 for an OSIC complaint. For OSIC decision notices, decisions that found in favour of the authority on average took longer (97 as opposed to 126 days), while for the ICO the reverse was true but with a smaller difference — decisions in favour of the authority took less time (120 as opposed to 125 days). In both cases, decisions that led to partial results took longer. 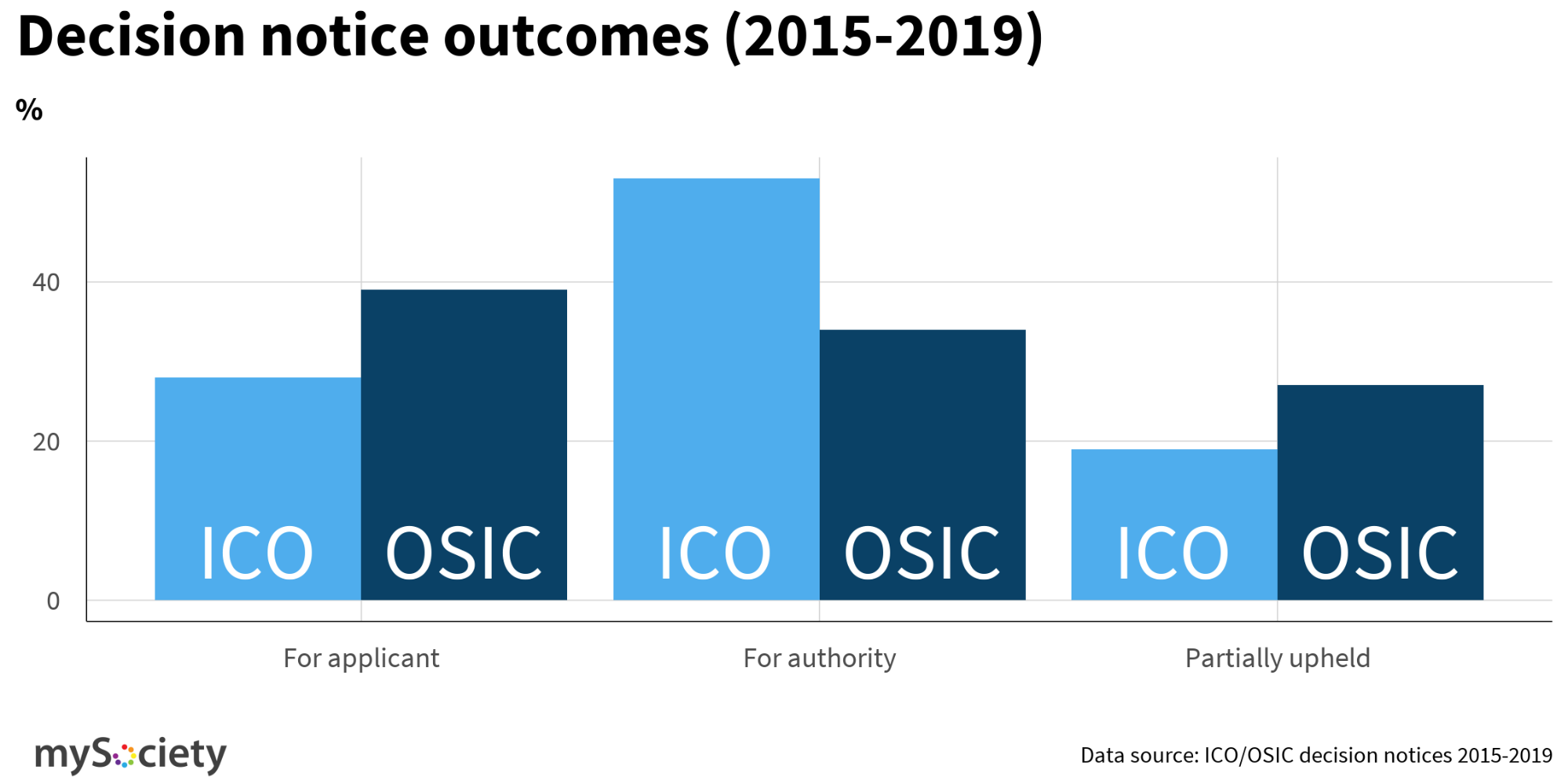 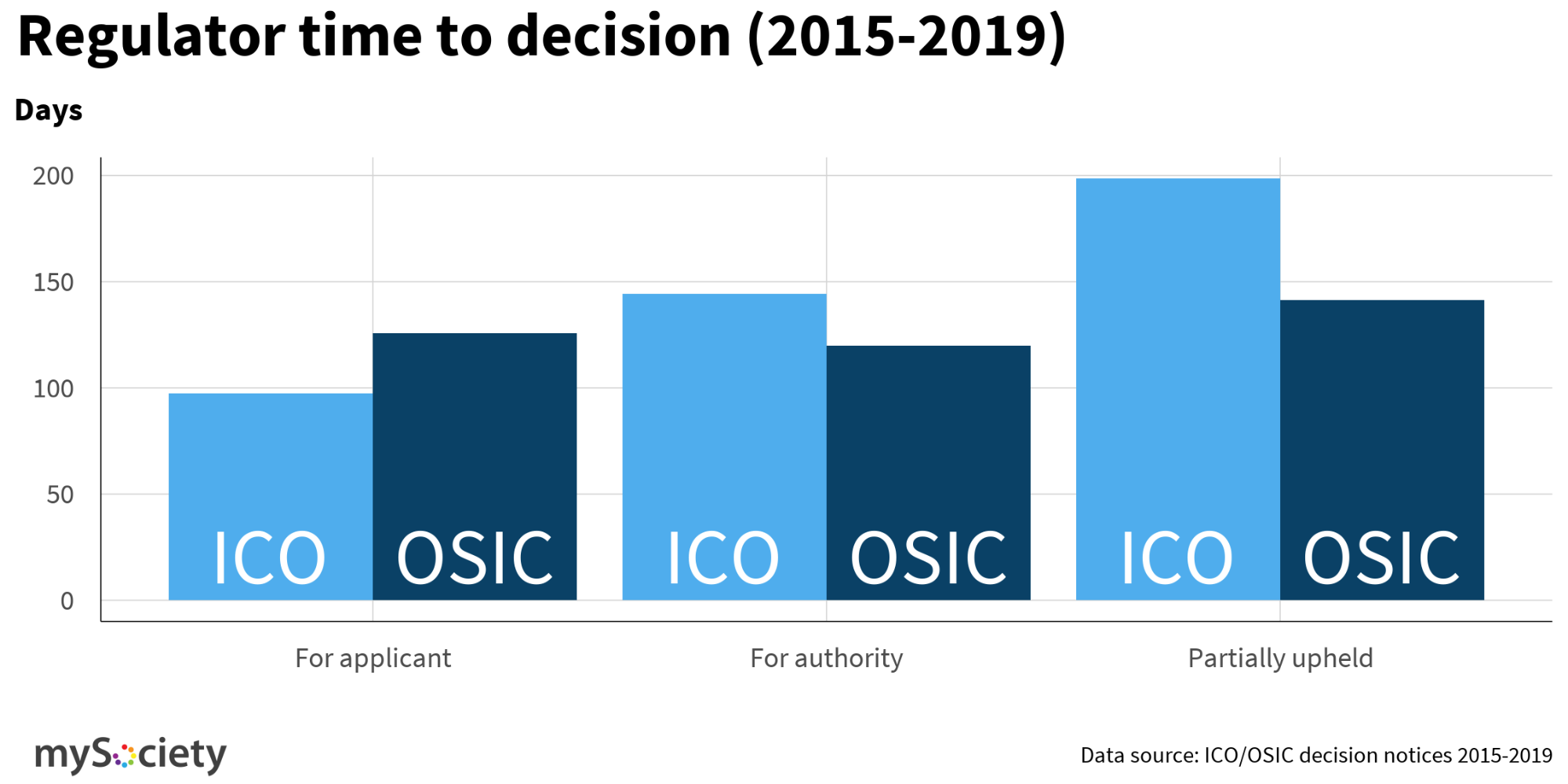 There are several different explanations for these differences. It may be that the stronger prejudice threshold in FOISA leads to more decisions in favour of the applicant, or it could reflect a different attitude of the regulator in how they approach decisions. Regardless of the mechanism, a typical complaint to the OSIC is more likely to result in a change to the decision, than the typical complaint to the ICO.

In both contexts, ministers have the ability to override the decisions of the Information Commissioner. This power is more restricted in Scotland, relating only to information of “exceptional sensitivity” that has been requested from the Scottish administration. This power has been used multiple times by ministers in rUK but has not been used in Scotland.